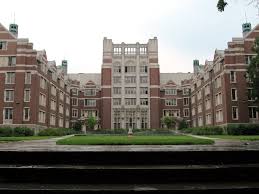 High school graduation time is here, which means that over-achieving young women across America are preparing for the next phase of their lives–matriculation (which is not as painful as it sounds) at an expensive four-year liberal arts college. One of them is the daughter of friends.

“We need to get a graduation gift for Alicia,” my wife said yesterday.

“Isn’t that your bailiwick?” I asked.

“She says she needs something feminist,” she replied. “Why is that?”

“At most of your better schools, it’s mandatory, sort of like the swim test,” I replied. “So the cheerful, outgoing co-captain of our state champion all-white Hip-Hop Dance Team–” 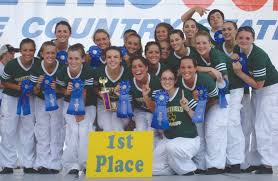 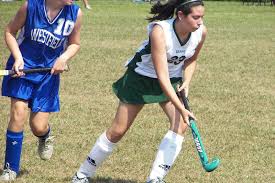 “I guess,” my wife said with indifference.

I was silent for a moment, taking this in.  “Well, good for her!” I replied finally. Of course, I went to college in the seventies, when a mildly insensitive comment by a male was often rewarded with verbal and physical abuse by gangs of marauding females. I learned my lesson orientation week when the most affable, outgoing guy on campus was kicked in the shins for giving the wrong answer to the litmus test riddle about the child who’s in a car accident with his father, wheeled into surgery and examined by a doctor who says “I can’t perform the operation–that’s my son.” (Hint: Some doctors are women.) 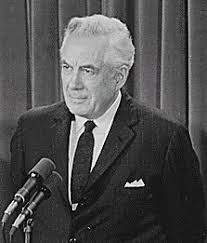 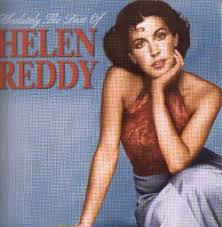 Burger: “I do not now, nor have I ever, owned a Helen Reddy album. Well, only her Greatest Hits.”

My wife, on the other hand, is eight-and-a-half years younger than me and graduated in the early eighties, when many gains sought by the feminist movement had been achieved.  Oh sure, the Equal Rights Amendment and comparable worth legislation are still a distant dream, but the right of whiny, nasal female singers like Helen Reddy to record feminist pseudo-anthems such as “I Am Woman” was affirmed by a unanimous Supreme Court, 8-0.  Chief Justice Warren Burger, a night law school graduate, abstained because his wife was a woman.

“Leave it to me,” I said reassuringly. “Shopping for feminist stuff is a man’s job!” 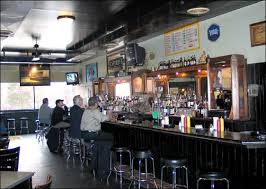 I harkened back to my time on the South Side of Chicago, where I first imbibed the potent brew of radical feminism. Those were heady days; at the University of Chicago, an alumna–radical bomber Bernadine Dohrn–was on the FBI’s Ten Most Wanted List (take that, Ohio State!), proving that a woman could do anything a man like her future husband Bill Ayers could. 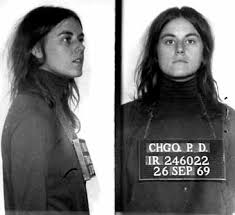 My pals and I would sit in Jimmy’s Woodlawn Tap, drinking Heileman’s Special Export beer, pondering the apparently unsolvable mysteries of The Second Sex (Simone de Beauvoir’s term, not mine). “Hey Jimmy,” we’d shout at the bartender, whose real name was Bill, but who had acquired his nomme de biere along with the furniture and fixtures when he bought the joint.

“What?” he’d reply, speaking in monosyllables in order to keep his overhead down.

“Settle a friendly wager for us, would you?” we’d say, and then repeat Sigmund Freud’s enduring question, “What does a woman want?” 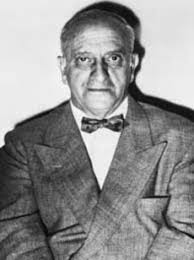 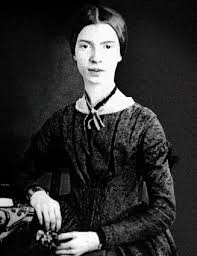 Nat Fleischer: “Pound for pound, Emily Dickinson was the greatest feminist poet who ever lived.”

“Jimmy” would reach behind the cash register for the reference books he used to adjudicate bar bets–the Guiness Book of World Records, Nat Fleischer’s Ring Encyclopedia, The Collected Lyrics of Joni Mitchell.

“Let’s see,” he’d say as he flipped through them. “Sugar Ray Robinson, Lake Chaubunagungamaug–okay, here it is. ‘A woman must have everything.’”

The winner would accept congratulations from the house and enjoy a beer at the loser’s expense.

It was from such diligent study that I acquired a working knowledge of the best in feminist thought, which I pass on to you gratis, to make your graduation day shopping a breeze. 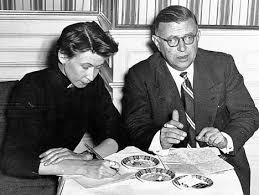 Non-fiction. Two classic choices, Simone de Beauvoir’s The Second Sex and Betty Friedan’s The Feminine Mystique. The first comes with some baggage of the mauvais foi (bad faith) sort; while writing her, uh, seminal work, de Beauvoir allowed Jean-Paul Sartre to boss her around like a chambermaid. Worse, she used to procure les jeunes filles for the google-eyed Sartre–and watch as they went at it.  What’s up with that? Go with La Friedan. 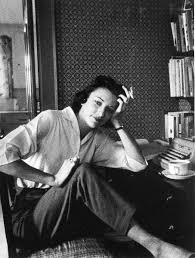 Poetry. The obvious choices here are Sylvia Plath or Anne Sexton, two confessional poetesses who committed suicide. But this is poetry–you’ve got to look beneath the shimmering surface. Emily Dickinson is the Cal Ripken of feminist poetry; she goes to the ball park every day, bangs out a couplet or two, and by the end of her career has an oeuvre that, pound for pound, makes Plath and Sexton look like flyweights. To mix my sports metaphors. 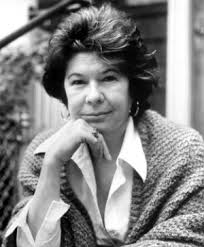 Fiction: Plath’s The Bell Jar is a perennial favorite, but you should also consider The Women’s Room, by Marilyn French, which sold twenty million copies. French said her modest goal in life was “to change the entire social and economic structure of Western civilization, to make it a feminist world.”  Perfect for the young woman who’s feeling sorry for herself because she missed the season finale of Grey’s Anatomy. 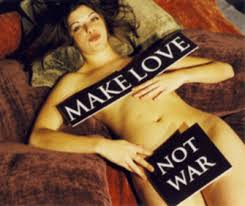 Drama: Irony of ironies, the greatest feminist plays have been written by men. Sort of like how the Red Sox used to trade their best players–Babe Ruth, Red Ruffing, Sparky Lyle–to the Yankees. There’s Lysistrata by Aristophanes, about the eponymous character who persuades the women of Greece to withhold sex from their husbands as a means of forcing them to end the Peloponnesian War. There’s Hedda Gabbler, by Henrik Ibsen, which is loads of laughs. And there’s Medea by Euripides. I summarize the plots of the first two plays for my wife, and am about to describe Medea to her when she gets up from the table.

“Excuse me,” she says, “I need to see whether Mr. Jock,” our wayward senior, “has finished his final assignment.” She goes to the foot of the stairs and explains “FOR THE LAST TIME, FINISH YOUR GODDAMN INTERNSHIP REPORT OR YOU WON’T GRADUATE AND I’LL BE STUCK WITH YOU HERE NEXT YEAR, WHICH BELIEVE ME I AM NOT LOOKING FORWARD TO!” 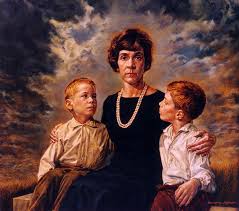 She returns and I give her a synopsis of the Greek tragedy; Medea kills her husband’s lover, then their two children.

“That sounds nice,” she says. “I’ll keep it–send Alicia the other two.”

Available in Kindle format on amazon.com as part of the collection “The Difference Between Men and Women.”

One thought on “Feminist Gift-Shopping is Man’s Work”