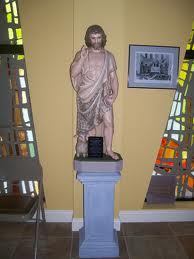 FRAMINGHAM, Mass.  Bobby Florin will be released from St. Zepherin’s Hospital here tomorrow, but for a long time it was unclear whether he’d reach his seventh birthday.  “He was born a month premature,” says his father, Nestor Florin.  “We had just about given up on him,” he adds, after steroids and sophisticated machinery failed to strengthen the boy’s underdeveloped lungs.

But then, according to those familiar with the family’s plight, a miracle occurred.  A troupe of volunteer clowns making the rounds of the children’s ward in this hospital named after the patron saint of vacuum cleaner salesman happened to poke their heads in the curtains surrounding Bobby’s bed, scaring the beejeezus out of the boy and kick-starting his vital signs.  “Some kids like clowns, others don’t,” says Dr. Norman Higgins, head of pediatrics here.  “Bobby crapped his bed, but all of a sudden he could breathe freely.” 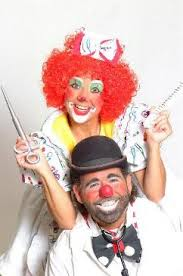 Well, can you blame the kid?

And thus was born a new mission for the Six Silly Guys ‘n Gals, an allegedly comedic group whose frequent failures to amuse youngsters serve as a kind of shock treatment for young bodies too frail to withstand the rigors of electroconvulsive therapy. 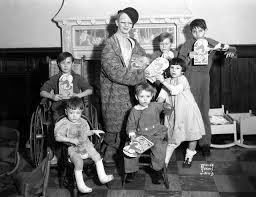 “We’ll have these children walking in no time!”

“Sure, it’s tough on some kids,” says Ed Troner, a semi-retired accountant and a member of the group who dreamed of becoming a clown since he first went to the circus as a boy.  “We may lose a few, but the ones we save, I tell ya, they are so grateful.”

Tonight the clowns are making the rounds looking for a young boy or girl turning into death’s driveway, not so far gone that they can’t help but also sufficiently sick to make the effort worth their while.  “We don’t get paid, you know,” says Elisha Patrick, who decided to branch out into clowning because birthday party gigs for her offensive confrontational performance art are scarce.  “I’m not going to waste my time on some punk who’s in here for an ear infection.”

They peek into the room of 5-year-old Lauren Higgins, who suffers from pediatric hypoglycemia and must be fed Lik-M-Aid fun dip candy intravenously.  The clowns shush each other, crouch, and then spring into the room yelling “Surprise!” and blowing noisemakers loudly.

“Wah!” Lauren screams as the clowns gather round her for a session of intense tickling.  “C’mon, you lazy stick-in-the-mud, let’s get busy!” Patrick says as she reaches under the girl’s pajamas.  The child begins to hyperventilate and, with insufficient nurse coverage on the floor, she expires before an oxygen tank can be wheeled down the corridor.

“Oh well,” Troner says, “you win some, you lose some,” and the group gathers in a circle to recite the Scary Clown’s Prayer:

Never let me forget, they begin,
that my mission is to make people laugh and,
if I don’t succeed, to make them forget
their troubles by turning their last
moments on earth into a total nightmare.

One thought on “For Some Clowns, Scaring Crap Out of Kids No Laughing Matter”