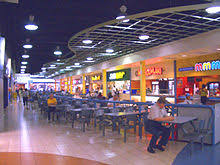 FRAMINGHAM, Mass.  The school year starts in less than two weeks, which means the Mall of New England here is crawling with boys and girls and their mothers, shopping for clothing and, in the case of the kids, scouting each other out.  “Mom, I’m going down to the food court, can I have five dollars?” asks Ethan Swardski, a “rising” seventh grader at Pumpsie Green Junior High School in Natick, one town over.

“All right,” his mother Ellen says, “I’ll swing by in say–forty-five minutes.”

“Okay, see ya,” Ethan says, as he bolts down the wide concourse, grabs two slices of pizza and heads over to a table where Mindy Bolton, who the smart money says will be the school’s head cheerleader, is sitting.

Last year Ethan wouldn’t have stood a chance with Mindy, but over the summer he ordered a home study course titled “How to Get Girls to Like You!” and studied it assiduously.  “The guy who wrote it says you can pick up a girl every time you go out,” he tells this reporter.  “All you have to do is buy them stuff, look in their eyes and promise you really like them, and pretty soon you’re feeling them up.” 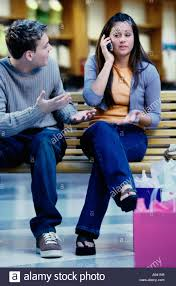 “911?  Can you send a notary public to the mall between The Gap and Chico’s?”

Ethan takes a seat and begins to chat Mindy up, not realizing that he’s being observed from the Panda Express “Pick Up Order Here” station by Furman Boul, a middle-aged man whose hand is plunged deep into his right pants pocket, even though he’s already paid for his food.  Boul’s order arrives and he sits down at an unoccupied table, but he doesn’t pick up his plastic fork to dig into his pork fried rice.  “I don’t like the looks of that kid,” he says as he tears open a plastic packet of duck sauce. 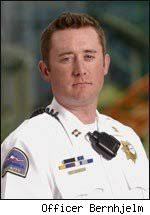 Boul sees Ethan pleading his case with Mindy, and after he has her giggling from this season’s vogue jokes, the boy slowly inches his fingers across the table and takes her hand in his.  “Mindy,” he says, “if you’ll be my girlfriend this year I’ll write all your book reports.”

Ethan squeezes her hand and is about to lean over for a kiss when Boul arrives to interrupt the blooming dream of young love.

“Hold it right there, Romeo,” Boul growls, his face a map of rough terrain, with deep lines formed by years of hard-won skepticism.

“What?” the boy asks, confused and more than a bit miffed that his campaign of woo has been halted in its tracks.

“I think you’d better get that promise in writing,” Boul says to the girl as he withdraws a notary public stamp and seal from his pocket. 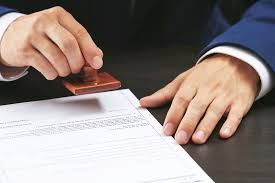 “Why?” the ingénue asks, genuinely ingenuous.

“Suppose you sprain your ankle and don’t make the cheerleading squad?  You think this grifter is still going to come through for you?”

The girl looks at the boy and, when he says nothing, asks “Well?”

“Sure I would Cindy–I mean Mindy.”

“Hear that?” Boul asks.  “Doesn’t sound too committed to me.” 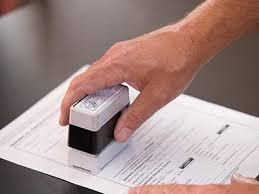 “You’re darned right I’m right,” Boul says, as pulls a form affidavit off a pad he keeps in his backpack and begins to fill in blanks.  “I hereby promise to write no less than four (4) book reports for . . . what’s your name, dear?”

“MINDY,” the girl says with emphasis.  “Mindy Bolton.  And make that five, not four.”

When the formalities of stamping and sealing the impromptu legal document are done, Boul takes his leave, waiving his customary $2 notarization fee and wishing Mindy luck.  “Don’t let the mean girls get you down,” he says as heads back to eat his by-now-cold Chinese food.

Boul is one of a new breed of vigilante, known in popular parlance as a “good guy with a notary seal,” who swoop in to prevent catastrophes both major and minor.  “A regular desk-bound notary can’t be everywhere,” says Framingham Chief of Police Nolan Squiersdorf.  “The main problem is you need to get movers to lug your big desk around, so guys like Furman are filling a gap that chintzy taxpayers are too cheap to pay for.”

Concealed carry notaries aren’t limited to romantic intervention, as is evident down Concourse B at Thoreau Books, where shopper Emily Nostrand has been imposing on sales clerk Dagmar Connolly for the better part of a half hour to find her the perfect book to take on vacation.  “I think you’ll like ‘Love’s Stifled Impulse,’” Connolly says as she tries to close the sale.

“I’m going to go over to Starbucks and get a coffee, I’ll come right back to buy it,” Nostrand says, as she discreetly taps the amazon Prime app on her phone in an effort to save $2.39 off the price at the brick and mortar bookstore. 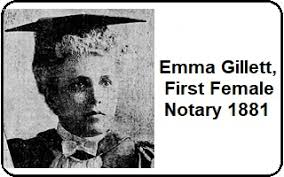 “Why don’t we just memorialize that promise before you go,” says Emma Gillett Harkins, a seventh-generation descendant of Emma Gillett, America’s first female notary, as she pulls a stamp and seal from her purse.

“Oh, I don’t think that will be necessary,” Nostrand says airily as she stuffs her phone in her purse, but Gillett grabs her by the wrist and presents the evidence of perfidy to the store’s security guard, who escorts the stingy shopper to the cash register.

“Thank you so much,” Connolly says.  “Is there anything we can do to repay you?”

“Well,” Gillett says as she rubs her chin, “my ink pad could use freshening up.”