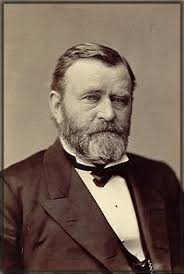 When I was a boy my mother instilled in me a love of American history.  George Washington was the Father of Our Country, she told me.  Abraham Lincoln was the Great Emancipator.  Ulysses S. Grant could Drink his Entire Cabinet Under the Table, she said, not stinting on the capital letters.  These were the men who made our country great.

But just as many of us who came of age in the 60′s learned that there was a darker side to our nation’s glorious past recounted in history books, I came belatedly to learn that there was a more troubling aspect of Presidents Day, the successor by merger to two Presidential birthdays that fall in the month of February. 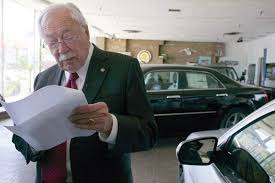 “When in the Course of human events it becomes necessary for one people to trade in their 2013 Mazda MPV minivan . . .”

The Presidency, it turns out, while a separate and co-equal branch of Our American Government, was formed for the sole purpose of hawking cars!

It was one score minus four years ago, to sound a Lincolnian note, that the sinister purpose of Presidents Day was revealed to me as I worked late into Halloween Night at a troubled car dealership.  The company’s creditors were at the door, tax liens had been filed by the IRS, and key employees were on the verge of walking out.  “If only,” the owner said, “we can make it to Presidents Day.” 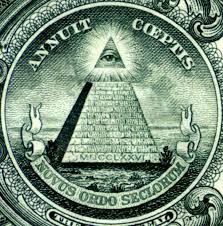 Note how the eye follows you around the dealership when you say “Just looking.”

A neophyte in the greasy service bays of the Presidency, I cocked my head to one side, puzzled, like a dog hearing a high-pitched sound inaudible to human ears.  “Why is that?” I asked, all innocent naivete.

“Because,” the dealer said, his grim countenance showing a faint glimmer of hope, “Presidents Day is when we move the most metal.” 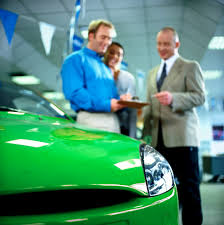 “This baby’s loaded with constitutional powers!”

“I see,” I said, and indeed I saw, if only dimly.  The President of the United States, while less than a king, is greater than a commission-based showroom salesman.  He is the nation’s Sales-Manager-in-Chief.

As with any conspiracy worthy of the name, the signs were there to see if only you had the key.  Take, for example, Washington’s Farewell Address.  “No man ever left a nobler political testament,” said Henry Cabot Lodge, who drove a Studebaker.  That speech was never actually delivered orally, in much the same manner that you can’t expect a used car salesman to actually read you a vehicle’s repair history.  In addition to warnings against the party system and entangling foreign alliances, Washington laid down fundamental principles that car buyers can profit from 220 years later. 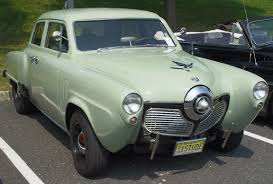 “Here, perhaps, I ought to stop,” Washington wrote, after expressing his hope that the administration of every department of the federal government would “be stamped with wisdom and virtue”–the Internal Revenue Service had not yet come into existence.  He then offered “sentiments which are the result of much reflection”:  “A man is not free who is forced to pay for underbody rustproofing, but you should always ask a dealer to throw in free floor mats.”

As for Lincoln, bloviators such as Bill Clinton could have learned from his great but succinct expression of deeply-felt emotion, The Gettysburg Address.  Only 269 words in length, it honors the doleful circumstances of the day while placing them in their larger historical context.  “But, in a larger sense,” Lincoln said, “we can not dedicate…we can not consecrate…we can not hallow the oil-stained ground on which the decrepit Honda Civic you have offered as trade-in rests.  My sales manager has consecrated it far above its Blue Book value, whose final offer is beyond my poor power to add or detract. The world will little note, nor long remember what we say here, but it can never forget the deal that I’m offering you on this low-mileage, one-owner, fully-loaded cream puff, which was previously owned by an atheist who used it only to drive to church.” 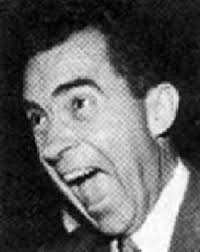 Would you buy a used car from this man?

The United States government sold off its last shares in General Motors in 2013, closing the books on a transaction in which it lost $10.5 billion dollars, but freeing up precious space on the lot for new inventory.  President Trump is the new Sales-Manager-in-Chief, ready to close a deal if you’re ready to buy a car–today.

Be sure and get the lifetime powertrain warranty.