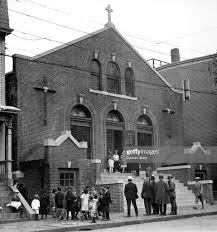 EAST BOSTON, Mass.  It is 6:15 on a Sunday morning in this ethnic neighborhood of Boston, and an early riser will see an unlikely sight on the steps leading up to Our Lady of Perpetual Airplane Noise, a quaint brick Catholic house of worship here: men, who would normally be sleeping off a Saturday night of drinking and perhaps love-making, walking into church early for the first service of the day.

“It is unusual, but it is happening more these days,” says Father Alberto Guarino, who has been pastor here for the past four years.  “If you have read Nostromo by Joseph Conrad, you may remember the words spoken by one of his characters: ‘Religion is for women, god is for men.’  That is how they think,” he says before stepping inside to celebrate Mass. 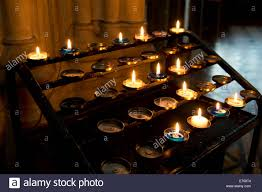 And indeed the faithful assembled inside defy the customary demographic distribution of Sunday church-goers as adult males outnumber females by approximately a four-to-three ratio.  Down by the votive candle rack several men kneel in prayer, cross themselves, then stand and head towards their chosen pews, but this reporter button-holes Giuseppe Narmondi and asks him what he has been praying for.

“I beseech God to bring an end to this cursed coronavirus that is afflicting our nation,” he replies in a voice that betrays his distraught state.  “I want things to be as they were before.”

In what way, he is asked.

“Before–I never wash my hands.  Now, all the time I have to soap and scrub and rinse and dry–it’s driving me crazy!”

As Narmondi speaks, several men nod their heads in agreement.  “Before, only restaurant employees had to wash their hands, there was a sign there in the bathroom,” says his friend Dino Fabreezi.  “Now you must wash even if you are a dentist.” 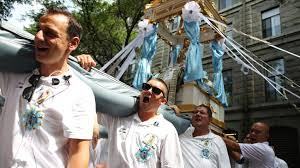 Washing one’s hands is viewed by public health professionals as the first line of defense in stopping the spread of the virus, which has led to social isolation, widespread panic in financial markets, and yellow waxy buildup on kitchen floors.  The practice has nonetheless met with resistance in the male portion of the population, to whom washing one’s hands is viewed as a form of childhood punishment to be endured only in order to be entitled to a meal.

“What does washing your hands have to do with food?” says Mel Fursten, an oil-and-lube job specialist encountered at a local diner.  “Maybe if you eat with your hands,” he says as he takes a bite of a submarine sandwich.  “But most people–maybe not me–use a knife, fork and spoon.”

Narmondi is a grease-trap cleaner, a profession whose membership is aging rapidly as young people seek out cleaner, more lucrative fields.  “I don’t know what it is with kids these days.  They could be like me, and never have to worry about washing their hands ’cause you never get ’em clean–but no.  They gotta go into dicey fields like bein’ a doctor or lawyer, or worse yet, writing some ‘software’ and making a million bucks,” he says, shaking his head in disbelief as he makes “air quotes” of skepticism with his fingers.  “That’s fine if you want to be mama’s boy, and smell like the perfume counter in a department store.  Me, I’d rather be a regular guy, and share my manliness with perfect strangers every time I shake hands with somebody.” 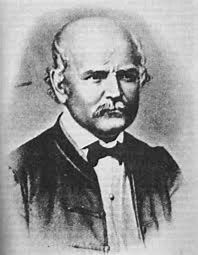 Semmelweiss:  “Did you wash your hands before you typed this post?”

Ignaz Semmelweiss, a 19th century physician, is considered the godfather of hand-washing for public health purposes, but his reforms met with resistance from overwhelmingly male physician colleagues, who killed off pregnant women at a rate three times as high as female midwives.  “This guy’s a pain in the neck,” wrote the head of surgery at Vienna’s General Hospital.  “Maybe if we lured him to an insane asylum and got him in a straitjacket that would solve the problem.”

Here in Boston, the anti-hand-washing crusade is making unlikely bedfellows of men who would otherwise maintain a policy of social distancing voluntarily, as with Lucien Truscott IV, a WASPy “yuppie” or young-urban professional of the sort that locals here normally disdain as they drive up rents.  “All are welcome,” says Tony Minoza, a lay deacon, as Truscott, visibly bristing at the outrage of compulsory hand-washing, shakes hands with him.

“I think it’s outrageous this is happening in America, you’d think we lived in a Commie dictatorship,” Truscott says.  “I’ll bet they don’t make you wash your hands in China.”

One thought on “As Virus Spreads, Some Return to Church With Unclean Hands”