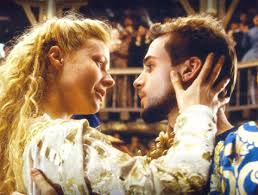 HOLLYWOOD.  Amanda Griffin is an ambitious young actress who’s starting to garner attention beyond the small circle of slasher-flick aficionados who formed her first fan base.  “‘Nightmare Scream II’ was my first big break,” she recalls, “but my agent says I need to stretch myself if I want to be working ten years from now.”

“Romeo, I love you so freaking much, y’know what I’m saying?”

Amanda has discovered she has a lot of catching up to do if she’s going to compete for the sort of roles playing upper-class women that she covets.  “I ain’t got a shot at a Merchant-Ivory film unless I can talk better,” she says a bit glumly, referring to the award-winning studio known for its highbrow productions. 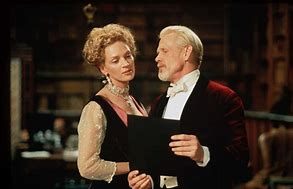 Merchant-Ivory: “If youse don’t love me, why the hell didn’t youse say so?”

So Amanda will go under the knife tomorrow to have cosmetic surgery to a body part other than her boobs, her lips and her eyes, all of which have been artificially enhanced in the past.  “This time it’s serious,” she says, as a surgical attendant preps her by shaving her head. 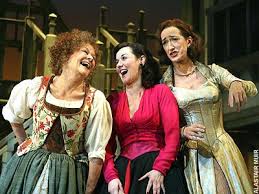 “This ain’t no slasher flick, it’s a snooty biopic!”

Amanda will undergo a three-hour operation on her brain that will allow her to speak and understand the sort of complicated lines that are beyond her comprehension at present.  “A year from now I’ll sound like freakin’ Katherine Hepburn” she says with excitement, referring to the classically-trained actress who won four Oscars during her sixty-decade career in Hollywood. 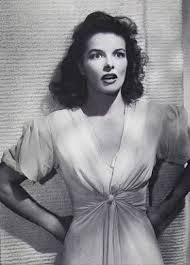 Would-be Hollywood stars are increasingly turning to plastic brain surgery to enhance their ability to meet the current demand for thoughtful, socially-conscious actors and actresses where their past has left holes in their intellectual resumes.  “I tell young guys starting out ‘Look at Brad Pitt–he’s rebuilding Africa while you’re sucking coke up your nostrils every night’,” says self-proclaimed “super-agent” Maury Golden.   “You better save some money ’cause you may need corrective surgery to improve your sense of social responsibility before it’s too late.” 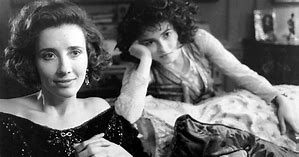 “Yeah, the situation in China (sniff) like totally sucks.”

Plastic brain surgeons say their ability to correct cognitive defects is limited, and that there is no guaranty of success.  “We have a pamphlet in the waiting room that warns patients not to rush off to Africa and adopt a baby right after surgery just in case your immune system rejects an implant,” says Dr. Phillip Polivy.  “Start with a cat, or maybe a turtle.”