One month out of school due to coronavirus (or as its friends call it, “COVID-19”) and my kids–Scooter, the younger, and Skipper–are starting to get bored with their shelter-in-place routine.  Too much “screen time”–TV, video games, computers–and their eyes have taken on the dull glaze of the Children of the Damned. 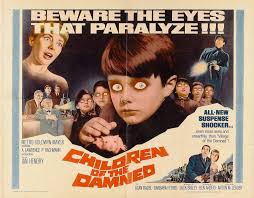 “Why don’t you guys do a good deed to help out in the current pandemic?” I ask, hoping to generate some interest in an activity that may result in a tangible reward; a bitchin’ cool patch to be applied to a sash they can wear at Boy Scout ceremonies like a beauty queen in drag.

“Well, there’s a shortage of face masks.  You could make some of those.”

“Scoots,” I say seriously, which causes him to look in my direction, if not exactly into my eyes.  “We’re all in this together, even if some of us are in it deeper than others.  We have to help others less fortunate than us as long as we don’t get closer than six feet to them.”

“Then how are we going to help them?”

“We’ll make them, then we’ll throw them at old people–they need them the most.”

“I’d rather play video games,” Scooter says in a world-class pout he must have picked up from my wife’s side of the family.

“Scoots–is that consistent with the motto of our nation’s largest paramilitary operation for growing boys–‘On my honor I will do my best?’”

“I don’t think it will be hard–you’re basically just making a bra.” 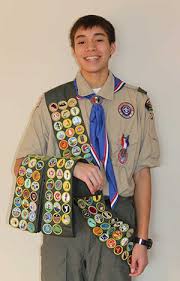 They both start to giggle, as young boys will whenever underwear–particularly girls’ underwear–is mentioned.

“I think you’re forgetting that your father . . .”

“I thought you were our father,” Skipper says with genuine concern.

“I’m referring to myself in third person, like Allen Iverson and other monumental egotists,” I reply.  “Anyway, your father–that’s me–is counselor for the Women’s Undergarments merit badge.”

“You are?” Skipper asked, his eyes as big as the half dollars he parlayed into the Coin Collecting merit badge. 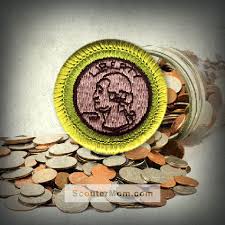 “Yep.  As the son of a ladies-ready-to-wear man in a small town, I know what a vitally important contribution bras, panties and the . . . uh . . . more exotic items of ladies’ lingerie make to the American economy.  My dad put three kids through college on the margin between wholesale and retail for what used to be called ‘unmentionables.’”

“Why were they called that?” Scooter asked.

“Because you were never supposed to mention them when you talked to a girl,” I said.

Scooter doesn’t seem enthusiastic, so I prod him a bit.  “You up for some women’s lingerie fun?”

“Isn’t that kind of a . . . sissy thing?” he asks.  I can sympathize with him; the son of a women’s clothing store owner can’t ride behind him on a tractor, the way a farmer’s kid can.

“Scoots,” I say, bending at the knee so I can give him my best What I’m Telling You Is Really Important look, “ladies’ clothing was good enough for your grandfather, who worked hard to turn a run-down storefront on the town square of the Queen City of the Prairies into Mid-Missouri’s Finest Women’s Specialty Shop.  And he didn’t even spell that last word S-H-O-P-P-E to appeal to women’s baser shopping instincts.” 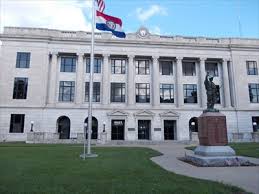 “But what if some kid makes fun of us?” Skipper asks.

“Will you beat up his dad?” Scooter asked, trembling with excitement at the possibility of seeing grown-ups fight.

“Scoots, we’re civilized gentlemen, okay?  We use our words, not our fists to settle our differences.”

“No, I’d send his mommy an anonymous letter that says his daddy has a girlfriend he visits on his ‘bowling’ night.” 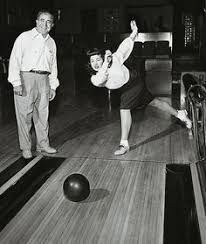 “Is that legal?” Skipper asks.

“Sure it is, I didn’t demand any money, so it’s not extortion.  C’mon, let’s get going,” I say, and pull out my sewing supplies.  “First thing we need to do is cut paper patterns for the cups.”  I hand each of the boys a pair of scissors and some paper.

“How many?” Scooter asks.

“I think two will be both necessary and sufficient,” introducing them to a fundamental principle of logic.

When they’re done cutting the pattern, we stick them to some black lace with pins and cut along the border.  “Nice work,” I say.  “You guys must be good in art class.”

“It’s the only one that’s any fun besides gym,” says Skipper.

I show the kids how to sew the cups together, and after a few miscues they succeed.  “Now we take the elastic–how far around are the girls in your classes?” 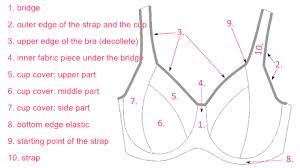 Skipper makes a big circle with his arms in front of him.  “This is Mary Van de Kamp,” he says, and Scooter breaks out laughing.

“She’s the chubby one who always wears a Little Dutch Girl costume for Show ‘n Tell.”

“Is she your girlfriend, Skip?” I ask.

“Okay, well, think of somebody you think is special, because if you give a face mask made out of intimate apparel to a girl she’s going to assume you really like her.”

Skipper screws up his mouth, casts his eyes skyward, then–after several moments of cogitation–says “Carolyn Spretzel–she’s about this far around.”  He makes a much smaller circle, I measure it, and we cut a piece of thick elastic to make the band that goes around the torso.

I repeat the process for Scooter–whose dream girl is Nae Ann Wingersheek–and we pin the cups in place.  “Now we have to use the sewing machine,” I say, and we go into the den and sit down at my mother’s old treadle-model Singer, which I have lovingly restored.  It’s the work of a minute to attach the cups to the band, then we sew the elastic straps on by hand. 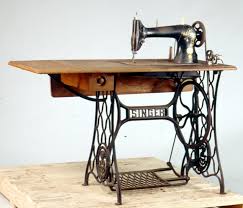 “You guys ready for the most important part?” I say, as I take the cellophane off two clasps.

“What are those?” Scooter asks.

“After this plague is over, and these have been ‘re-purposed’ as some guy wrote the other day in The New Yorker . . .”

“That’s the magazine that always turns daddy down,” Scooter says.  It’s a wise boy who knows his own father.

“Any way, once the Surgeon General gives the ‘all clear’ in a few weeks, you unhook this to get the bra off the girl,” I say cheerfully, but the boys fall eerily silent, which can only mean one thing–my wife is standing at the door, ready to spoil our innocent fun.

“I don’t think either of you two will be taking any girl’s bra off for several years,” she says icily, and when I turn around she has the look of disapproval I’ve seen so many times before.

She laughs with a contemptuous snort.  “Of all the baloney you’ve sliced over the years, that one takes the cake,” she says, mixing her metaphors by hand.

“No, seriously,” I say as I show her the requirements in the Women’s Undergarments Merit Badge Handbook.  “In order to earn this merit badge,” I say, reading to her from the text, “a Scout must be able to unhook a bra with one hand behind a girl’s back while lighting a fire by rubbing two sticks together with the other.”

For more adventures of Scooter and Skipper, get “Scooter & Skipper Blow Things Up!” (Humor Outcasts Press).

One thought on “Scooter & Skipper Make a Facemask–or a Bra”