FRAMINGHAM, Mass.  This town of 68,000 in the suburbs west of Boston is home to Shopper’s World, the nation’s oldest shopping center.  Once Thanksgiving dishes are done and locals have woken from tryptophan-induced slumbers, it becomes ground zero for “Black Friday,” the busiest day of the year in retail establishments across the country.

“Our forefathers fought and died for the right to shop,” says local historian Armand LaLiberte, himself a descendant of yeoman farmers who tilled the soil to produce the first harvest of fresh, native New England rocks.  “Yes, they had to burn some witches in the process, but that’s a small price to pay for Wal-Mart’s One-Hour Guarantee on Top Items.”

An object of criticism in many quarters for its emphasis on acquisitiveness, “Black Friday” remains the turning point for many businesses, which literally began to operate “in the black” with the crush of year-end consumers that signals the beginning of the Christmas shopping season.  “I’m thinking next year of just laying people off until the day after Thanksgiving,” says Neil Clesko, owner of Clesko’s Ladies-Ready-to-Wear.  “Take your days off during the summer, when I have to play nothing but polkas on the piped-in music to keep the salesgirls awake.” 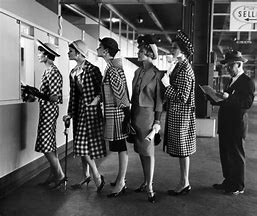 The lucre that comes with the lucrative day isn’t distributed evenly, however; many service businesses that can’t package their wares with Christmas wrapping paper and bows have been left out of the action, including the legal profession.  But that’s about to change as the law firm of Brenton, Kressler & Fishback LLP steps to the plate with its first-ever promotion in the Black Friday field.

“We’re retailers, too,” says Morton “Mort” Fishback, the firm’s managing partner.  “For too long we’ve sat on our fat duffs and watched people rushing by to buy fun stuff when they could have been spending money on depressing legal services.”

Fishback is a personal injury lawyer, and this Black Friday he’s offering an initial free consultation and a complimentary cup of coffee for all non-employment related dismemberment claims.  “People get excited when there’s an accidental death in the family because it means a big payday,” he says thoughtfully as he makes a little church-and-steeple with his hands.  “Dismemberment can be just as rewarding for me, if not for you.” 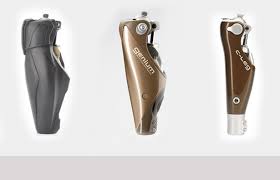 Buy now, and get 10% off on prosthetic limbs with our mail-in-rebate!

Not to be outdone, Fishback’s partner Bob Brenton, a suave rainmaker and business lawyer, says he’ll contribute to the day’s grim overtones with a special on Chapter 7 liquidations, the fatal counterpart to Chapter 11, which provides some hope for failing businesses.  “You wouldn’t buy a new suit for your 80-year-old father, would you?” he asks rhetorically.  “It’s the same with your crappy franchise–get out now before the roof caves in.” 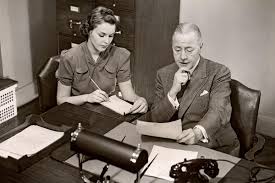 “This appears to be a memo to me–FROM the file.”

Black Friday wouldn’t be truly black without a touch of death, of course, and estate planner Phillip Kressler offers what he calls the perfect stocking stuffer for kids just beginning to comprehend their mortality after the death of a favorite goldfish.  “We have the Pet Estate Plan for only $19.95, batteries not included,” he says as he arranges some gaily-wrapped boxes under the Christmas tree in the firm’s reception area.  “It features a will and a pour-over trust, so the little scuba diver and bubbling castle decoration can pass to another goldfish in the tank estate tax-free!”