Jack Garner gazed out over the farm that had been in his family for three generations and let out a sigh of exasperation. He looked down the rows of curly leaf parsley, often used as a garnish, and thought back to the lessons he had learned bouncing on his father’s lap as their old tractor made its way over the fields. 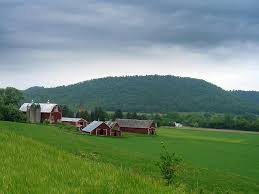 “Stay away from fad fruits and vegetables like endive, pomegranates and kiwis,” the old man had said. “Stick with something that people need, something that will last–parsley.”

And that advice had stood Jack in good stead for nearly two decades. When he was younger, every plate that emerged from a restaurant kitchen was adorned with the flat-leaved cultivar that he so diligently cultivated. Sure, nobody actually ate the stuff, but that wasn’t the point. Parsley brought smiles to the faces of diners across the country–around the world, even. It enhanced the presentation of a meal, in the words of Common Victualler’s Monthly.

Every rib eye steak with mashed potatoes? Parsley sat like a clump of trees beneath the timber line of the starch mountain next to it. Did somebody say scrod? Between the lemon and the fish, there was his bright, green biennial plantae. Pigs in a blanket? Give the little herbivores something to chew on.

But now, all his years of hard work were about to be washed away, like chemical run-off in an irrigation ditch. Times had changed, but Jack hadn’t changed with them. The bottom had fallen out of the parsley market, leaving him with acres and acres of petroselinum crispum that wasn’t worth the cost of the gas it would take to harvest the stuff. The culprit?

Jack’s eyelids narrowed, but he wasn’t squinting from the glare of the sun. “Freaking nouvelle cuisine,” he said to himself bitterly.

It was the celebrity chefs, with their “glamour garnishes.” The chives and the citrus zest strips. The white asparagus spears lying draped over a vegetable compote, like trees fallen into a swamp. The tomato roses–the radish mice–the hard-boiled egg bunnies-the . . . 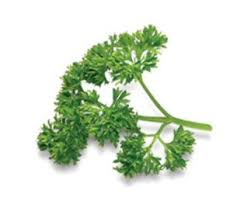 Jack was recalled from his bilious reverie by the voice of his son, Clell, Jr.

“Hey Clell!” he replied, forcing his face into a smile that he hoped would hide the depths of his financial distress from the boy. 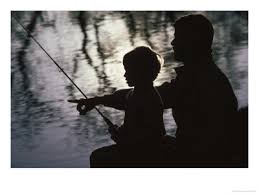 “Sure, son, sure,” Jack answered with a distrait tone. He hopped down from the tractor and put his arm around the boy. “Let’s walk down to the pond.”

They made their way across the field, the boy talking excitedly about a barn mouse he had flattened with a shovel that morning.

Jack had been listening but not paying attention to his son’s story. When he realized that the boy was waiting for him to register his approval, he spoke.

“That’s fine, Clell. Just fine,” he said, then fell to musing again. The bank had sent him a final foreclosure notice thirty days before. The sale would begin at 10 o’clock. Maybe if they could make it to the pond before then, his son wouldn’t notice and he could explain it all to him–afterwards. After the lawyer and the auctioneer and the banker and all the bidders, and tire-kickers, and curiosity-seekers had gone.

Again, the enthusiasm of youth interrupted the troubled mind of adulthood.

“Some of the kids at school are making fun of me.”

Perhaps it was time to be straight with the boy. “Clell,” Jack began, forcing back a lump in his throat, before continuing. “When you were born, your mother and I wanted to do the right thing by you. We didn’t want you to bear the stigma . . .”

“Sorry–that was the author’s mistake. I’ll revert to my character’s plain-spoken manner.” He drew in a little breath, and continued. “What I mean is, people look down their noses at parsley farmers–always have. And we knew it would only get worse. Parsley goes well with fish, or sprinkled in spaghetti sauce–but raising garnishes is a dying way of life. There’s no future in it.”

The boy looked puzzled, and his father continued. “We thought it was better if you grew up with a name that would throw folks off the scent. Nobody will know you’re my son if you’re Clell, Jr. and I’m Jack.”

The boy’s eyes grew watery, as if he himself were a bundle of parsley beneath a misting machine in the produce section of a grocery store.

“I’m proud of you Papa Daddy–and I always will be!” the boy said as he threw his arms around his father. The two embraced and, deep in the well of their sentiments, did not notice the black livery car turn on the long driveway that connected their farm to State Route BB. It was loaded with the crew from First Second Short Agricultural Bank, FSB.

Jack heard the crumble of the car’s tires over the dusty road, and looked up. It was too late, he thought. Time to face the music and do-si-do.

He stood up straight as the car pulled to a stop a few feet away from him and his boy. The rear doors opened and out stepped Lloyd Van Der Meer, Assistant Vice President; George Maher, Esq., the bank’s attorney; and Dan McMullin, licensed auctioneer.

“Who are the doofuses in the suits?” Clell, Jr. asked.

“Clell–don’t be disrespectful,” Jack said before turning to meet his adversaries.

“Good morning, Mr. Garner,” Van Der Meer said evenly and professionally. The
banker hoped to avoid trouble, but he was ready for it if it came.

“Good morning, Lloyd,” Jack replied. “There’s no need for the bogus formality.” You little weasel, he thought, but didn’t say.

“I may be a farmer, but I’m not stupid,” Jack replied, his gorge rising.

“Mr. Garner, there’s no need to be difficult,” Maher interjected.

“Difficult?” Jack said sarcastically. “What do you know about ‘difficult’ you wing-tipped dweeb, sitting in your air-conditioned office all day, surfing the Internet. Probably got some stupid blog going-’shyster.com’ or something like that, you . . .”

“Set the sign up,” Van Der Meer said crisply to the auctioneer. McMullin opened the trunk of the car and removed his traditional sandwich board with protruding red flags. The legend that it bore-”AUCTION TODAY’-meant the death of all that Jack had dreamed of for his family.

Cars began to make their way down the driveway, and Clell, Jr. grabbed his father’s leg with a fearful look. “What’s going on, Papa Daddy?” he asked

Jack looked the boy in the eyes and put his hands on his son’s shoulders. “Let me try and explain,” he said. “You know parsley–that green stuff that comes on your plate when you order the triple stack of blueberry pancakes at IHOP?” he asked.

“Well, there aren’t many places that do that anymore. Most of your upscale–”

“Exactly. Well, I’ve got a lot of parsley out there that I can’t sell. And if I can’t sell it, I can’t pay back the money I owe that man over there, Mr. Van Der Meer.”

“No. That would be the lawyer. Anyway, we may have to leave the farm.”

Clell, Jr.’s face took on the appearance of a water balloon about to burst. The boy contained himself for a moment, then–finally and spectacularly–broke into tears.

“There, there,” Jack said as he tried to comfort his son.

“Jack!” It was Velma Garner, Jack’s wife, calling from the back porch.

“What is it, honey?” Jack replied.

“You know–’Great Food and Great Service by Great People!’”

A look of puzzlement came over Jack’s face. “The one that discriminates against black people?”

“Only when they make too much noise, or hog a table for too long, or ask for too many free refills of coffee, or wear their hair in those loopy things with the beads in them. They want to talk to you.”

Jack looked at Van Der Meer and his crack team of foreclosure professionals. He saw that he had no time to spare.

“Coming!” he yelled and ran to meet his wife. He took the go-phone from her and spoke breathlessly into the mouthpiece. “Hello?” he said.

“Jack–Tony Martino, Director of Purchasing for Denny’s. How are you today?”

You’ve got that right, Jack thought. Play it cool, he said to himself. “That is correct,” he said. “I could make enough tabbouleh to stock every Quiki-Mart in Lebanon.”

“That’s great. Say, I just had a vendor do a Dixie on me. Sold his whole harvest to International House of Pancakes. You got any you can spare?”

“Do I?” A thin little smile formed on his lips. “Yes, Mr. Martino, I believe I do.” And with that, Jack turned to confront his creditor.

“Van Der Meer!” he yelled as he approached the banker at a rapid clip. “Tell your auctioneer to put his hammer down. There’ll be no sale today!”

“We’ve heard your sob story before,” the lawyer said as he interposed himself between the farmer and his client. “Everything goes when the whistle blows, unless you’ve got cold, hard cash.”

“I’ve got something better than that, pal,” Jack said with a snarl. “Here,” he said, as he handed the phone to the banker.

Van Der Meer took it with a confused look. “Hullo?” he said.

“Who’s this?” Tony Martino asked at his end of the connection.

“On the nosey. What’s the problem there?”

“Parsley farmer on the ropes. So what else is new, right?”

“Wrong-o. I need that parsley-now!”

“You better believe it. And I’m willing to pay top dollar for it.”

“How would you like a coupon for a free game of bowling with the purchase of any Denny’s dinner entrée?”

“You mean it?” the banker asked, softening for the first time.

“Coupon is subject to lane availability and rules of participating PBA bowling centers, including regulations requiring use of socks when wearing rented shoes.”

“No problem!” Van Der Meer fairly shouted into the phone. “Guys,” he said to Maher and McMullin, “I hate to break your hearts, but the sale is cancelled.”

Available in Kindle format on amazon.com as part of the collection “Vegetables Say the Darndest Things.”