William Faulkner was once thrown out of a speakeasy for singing “I Can’t Give You Anything But Love.”

People think it’s easy bein’ a bouncer in a speakeasy but it ain’t.  “You never have to worry about losin’ your liquor license ’cause there ain’t no such thing as a liquor license on accounta prohibition,” they say.  Hah–whadda they know.  We gotta pay off the mayor, cops, assorted politicians, temperance goody-goodies, you name it, they got their hand through the little peephole in the door.  It’s no wonder the speakeasy failure rate is so high. 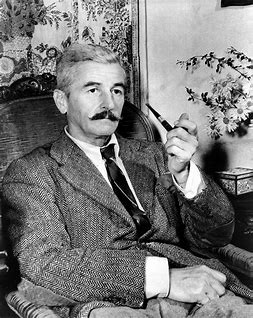 On top of that there’s the novelists.  Sheesh, what I wouldn’t do for one night–one lousy night–without that stream o’ consciousness guy, what’s his name, Faulkner, comin’ in here and ruinin’ everybody’s evenin’.

“No, that’s sachet,” he says, and rather tersely I might add.  So I’m under strict orders to admit all future Nobel Prize-winning novelists, and also Scott Fitzgerald even though if you ask me he ain’t gonna win any major prizes, not while he’s alive at least.  Maybe posthumously–dead writers make more money too.

I hear a rap at the door and I slide the little panel to the side to look through the aperture so’s I can see who it is.  It’s Faulkner, all right, and Hemingway and Fitzgerald.

“Malcolm Cowley,” the three of them sez together.  The voices of their generation, I guess.

“All right, yer in,” I sez, but I put a hand to Faulkner’s chest to let him know I don’t want no funny business.  “You!”

“Yes it was me and the me who spoke was the me who was born of the octoroon in a morganatic marriage on the plantation of my incestuous mother and father, brother and sister . . .”

“Put a sock in it,” I sez.  Hemingway has already blown past me so my chances of getting decked with a sucker punch have declined dramatically.  Fitzgerald makes a bee-line to the men’s room to compare the size of his . . . uh . . . equipment to those of the others answering nature’s call at the urinal. 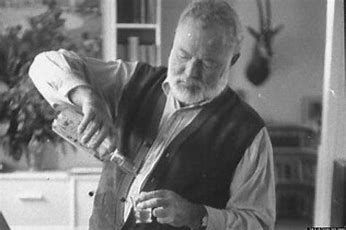 “What is it you want from me, I who am here not by choice but by determinism the product of fates the scion of an accursed race who . . . “

“There’s plenty of places a guy can get a drink in New York, see.  We don’t have to put up with youse.  We’re running a nice little illegal drinking establishment here and I don’t want no trouble, okay?”

He takes a puff on his pipe–he’s smokin’ some kinda fruity cherry-scented stuff, smells like a goddamn faculty lounge–and ambles over to the bar at a lazy pace, just like a Southerner.

Fitzgerald comes outta the men’s room and heads straight for the bowl of pizza-flavored goldfish on the bar, and it’s all I can do to stop him before he grabs a handful.

“Did you wash your hands?” I ask him in the brusque tone that is standard equipment for speakeasy bouncers.

“Whenever you feel like criticizing me,” he said with an air of sadness, “just remember that all the people in this world haven’t had the advantages that you’ve had.”

I look him up and down–also sideways.  “Get back in there–now–and wash.”

He trundles off glumly–apparently the guy can’t do anything that ain’t lyrical–and I turn my attention to the bar where Hemingway is about to get into it with Edna St. Vincent Millay.

“I burn my candle at both ends and the middle.  Also I fight the bulls,” Hemingway is saying. 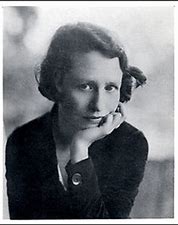 Millay:  “Would you pass me the bowl of pizza-flavored goldfish please?”

“You think you’re so big and tough and wonderful,” she says before kicking him in the organ of Jake Barnes that didn’t work.

“Ow,” Hemingway said in the spare, stripped-down style that came as a revelation to a generation of writers.  Not at all like William Dean Howells, who if you kicked him in the nuts would give you 500 words of baroque, rococo expletives in the genteel mode.

I started to intervene but the boss says let ’em fight, it’s good for business, just don’t let it get out of hand.

“Fine, sure,” I says, but I don’t like it.  If you want to be a bouncer you got to keep things under control.  It’s a slippery slope–guys not washing their hands after urinating, getting into fistfights with ethereal lady poets.  Next thing you know you’ll have some nut in his cups singing popular songs from Broadway shows like Blackbirds of 1928 and . . . oh no.  What’s that?

Hey Faulkner–out you go, you bum!  Nobody sings Diga Diga Do in my joint and gets away with it!

One thought on “Stop Singing and Write Your Damn Novel”