Skip to content
Recent Humor
You Keep Using the Word
Ripping the Headlines Today, 8/8/22
As Summer Wanes, Grade School Cougars on the Prowl
For those wondering…
An Author Hard At Work

CHILLICOTHE, Ohio.  A state court today granted a woman’s request to take her husband off life-support against the terms of his health care proxy, which stipulated that he should be kept alive until he heard back from The New Yorker magazine about a “Talk of the Town” piece he submitted as a young man. 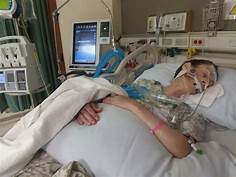 “Well, I thought it was funny.”

“Three generations of imbeciles is enough,” said Cuyahoga County Circuit Judge Allen Wainwright, quoting Supreme Court Justice Oliver Wendell Holmes’s decision in the Buck v. Bell case.  “I know that’s not relevant to this case, but it’s such a great line I like to throw it into my opinions whenever I get the chance.”

The soon-to-be-deceased man, Walker Austin, submitted a facetious article to the magazine in 1972 at a time when he hoped to make a living as a writer.  Frustrated by his lack of success he went on to a successful career selling annuities, but has been in a coma since 1994 when he fell down concrete steps and hit his head after making a sale to a 72-year-old widow.

Austin’s plight recalls a quip by H.L. Mencken, pitying professors at “one-building colleges” in the Midwest as they wait to hear back from The Atlantic about whimsical articles they’ve submitted.  Austin’s piece was submitted prior to the magazine’s creation of an on-line submission portal, which physicists at the Massachusetts Institute of Technology believe leads directly to a “black hole” in the universe whose gravitational pull is so powerful that nothing ever escapes. 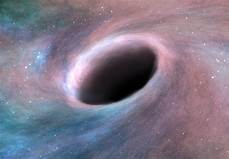 Talk of the Town submission portal: “Abandon hope all ye who enter here–and keep a copy of your work!”

The petition filed by Austin’s wife Marjorie asked the court for relief from the continuing financial burden of hospital care and feeding tubes, which have eaten into her savings from a long career as a quality control inspector in a fly paper factory.  “For a long time I would bring him his favorite–tuna noodle casserole–to save on liquid food,” she said.  “After a while he seemed to lose interest in it.”