PLAISTOW, New Hampshire.  The fiftieth reunion of the class of 1972 of New England University is still four months away, but Development Director Debbie Haddix has been working overtime on the event since last fall.  “It’s a major giving opportunity,” she says as she wipes back a wisp of hair from her forehead and hits “send” to shoot out her latest update to alumni.  “People have forgotten how cold the winter semesters were by now, and they’ve also accumulated money to give us.” 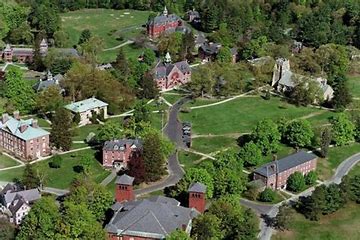 So Haddix and her colleagues in alumni relations have come up with a series of reminders to members of the class, most of whom are retired, inviting them to “re-envision” their college experience in the hope of loosening four-and-five figure checks out of the residents of this region, often described as “flinty” and “thrifty.”  “Those are just euphemisms for ‘cheap,’” she says, and it appears from the expression on her face that she isn’t kidding.

One of the prompts for discussion Haddix came up with asked alumni which invention or development of the 20th century has, contrary to what they thought as undergrads, turned out to be the most important in their everyday lives.  “The answers were all over the lot,” says Assistant Development Director Angie Fahrquahr.  “Med students picked vaccinations, business majors picked computers–which ran by punch cards when they were here, and engineers chose synthetic materials–like polyester–which they wear a lot of.”

And what, this reporter asks, about English majors, who made up nearly 20% of the school’s 1971 graduates.  “They chose screwtop wine bottles,” Haddix says.  “Seems trivial by comparison.” 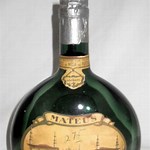 A screwtop wine bottle is one that can be opened without a corkscrew by twisting off its cap.  In the last half of the twentieth century, such containers were used only for low-quality wines such as Boone’s Farm and Riunite, and high-alcohol “bum wines” such as Thunderbird.  “If you really wanted to impress a girl back then you’d get a bottle of Mateus Rose,” says class president Tom Oblingsen, a former life insurance salesman.  “You’d talk her into drinking the whole thing with a promise she could keep the bottle and decorate her dorm room with it.”

At some point the stigma attached to screwtops faded as wine lovers began to favor convenience over the old world charm of corks.  “Screwtops really don’t affect the quality of the product within,” says wholesale wine merchant Michael Ivanetti of Cape Cod Distributors.  “So it comes down to a question of, do you want to futz around with a corkscrew and maybe a busted cork for five minutes, or do you want to get plastered faster?”

For alums who were English majors the subject is no longer up for debate, as Aaron Driggs, class of ’72 and now professor emeritus at the college, makes clear in an intensive independent study he has set up for Chloe Williams in his faculty resident’s suite at G. Stanley Hall Hall, a freshman dormitory.  “Chloe!” he exclaims as he opens a second twist-off bottle of the sauvignon blanc he has been plying her with, “That ish the besht god-damn poem I’ve ever heard . . . and you’re beautiful!”