The Massachusetts legislature has passed a bill allowing residents to write pets into their wills and leave trust funds behind for their care. 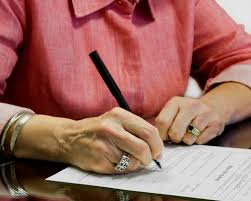 “There–Kitzi is all provided for!”

Every year about this time I take stock of my family’s financial situation–how much life insurance we have, the allocation of my retirement plan between bonds, stocks and 60’s era collectible plastic model cars, what would happen to everybody else in our household if I should die before them.

I was sitting at my desk trying to figure out the pie charts on my monthly statement when Okie, the older of our two cats, jumped up on my desk.

“Whatcha doin’?” he asked, mustering as much wide-eyed innocence as a creature who likes to rip the guts out of chipmunks can possibly manage.

“Just my annual financial self-check-up,” I said, reaching into the drawer for an extra box of hyphens.

“So? You’re the one who rides his bike on state highways.”

Rocco: “You made mom the trustee? Good grief!”

“I wear a helmet,” I said, turning back to something called the PIMCO Variable Rate Long-Term Investment Grade Bond and Baseball Card Fund.  “I don’t think you’re going to outlive me.”

He’s not the brightest cat in the world; he’s gone a long way on looks alone, with females rolling over and swooning at the black stripes in his short grey fur. I could literally feel him trying to figure out an innocent-sounding way to restart the discussion.

“Not for me,” he said, even though I seemed to recall that he’d used the word “me.”  “For the children.”

“You mean Rocco? He’s going to be 9 this year, so he’s 63.  Sorry, I think the humans around here come first because of their longer life expectancy.”

He turned away, a bit miffed.  “Did you see The Globe today?”

“An article that tells how you can set up a trust fund for me and Rocco.  Just in case something tragic–God forbid–happened to you.”

All of a sudden it clicked. There’d been a segment on “Biography” last night about the Menendez brothers, the Beverly Hills teens who killed their parents to get at their assets.

“Forget about it, pal,” I said, and I tried to put some starch into my voice.  “I don’t have enough money to make it worthwhile to bump me off.”

“What are you talking about?”

Rocco came in the room and, as always, sized up the situation in the bat of an eyelash.

“Is he trying to talk you into a trust fund?” he said before sprawling on his back legs to lick his crotch. “I told him you wouldn’t fall for it.” 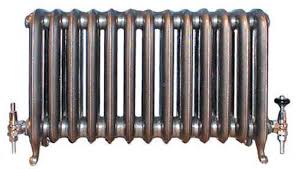 Okie emitted a hiss like the radiators in my first apartment.  “You are so cynical,” he said.

“I think he means you mistrusts his motives,” I explained, switching to the figurative from the literal.

“The one who was bequeathed $12 million, later reduced to $2 million?” I asked, although I knew the answer. 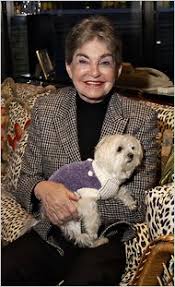 Tycoon, with Helmsley: “He’s the only one who really loved me for the bitch that I am.”

“Yeah–pigs get fat and hogs get slaughtered,” he said, using an old country expression popular among big city lawyers.

I reached over and scratched Okie on the head.  “Don’t worry, if mom or I died you could stay here until the other kicked the bucket.”

“What if you died together?” he asked. He’d apparently thought this thing through thoroughly.

“Well, I’m sure one of the neighbors would take you.” 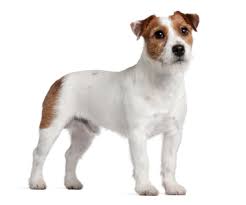 “Ix-nay on the olstead-Hays,” Rocco said, not even bothering to look up from his nether regions.  “I can’t stand their stupid Jack Russell terrier.”

I looked at the two of them, and realized they had a point.  “Tell you what–you guys can make out living wills, saying who you’d want to live with if we died. How’s that sound?”

“Is that enforceable?” Okie asked–he wasn’t completely on board yet.

“With two witnesses and a notary,” I said.

“And we can choose anybody we want?” Rocco asked.

“Sure–who did you have in mind?”