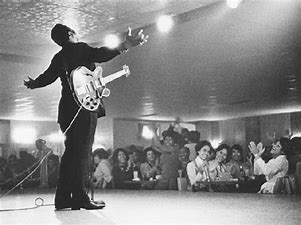 When I first met Jane Austen in 1972, in a classroom in Chicago discussing “Pride and Prejudice,” I have to say I wasn’t impressed. She was pretty in a frail sort of way but mousey, and I found her mind to be rather trivial. When the professor asked us for our impressions, I couldn’t restrain myself; I put up my hand and said something along the lines of “All of her characters are so petty!” A black woman on the other side of the room began to laugh, but after a moment I realized it wasn’t because she disagreed with me; it was the laugh of recognition, that I’d hit the nail right on the head.

“You pierce my soul. I am half agony,” I heard Jane say, and I realized as I looked at her flushed cheeks that I’d gone too far.

“Sorry,” I whispered, as the discussion continued with Austen defenders mounting a counter-attack on the position I’d staked out. “But this is a class in literary criticism. If you can’t stand the heat, go outside and get flash frozen by the wind off the Lake.” I was referring, of course, to The Hawk, as Lou Rawls called it, the gale that gave the city its nickname. “And you’re in Chicago—a place that chews up the proud and the vain and spits them out.” 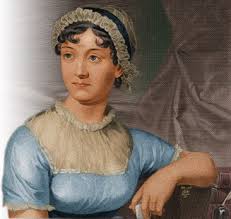 “Vanity and pride are different things, though the words are often used synonymously,” she said sotto voce. “A person may be proud without being vain. Pride relates more to our opinion of ourselves, vanity to what we would have others think of us.”

“Whatever,” I said. The class began to break up—the professor said we’d be moving on to Othello next week, people began to file out. “Listen,” I said after a moment as she sat there packing her highlighter in her purse, obviously biding her time hoping she wouldn’t have to walk with me. “I’m sorry if I was a little harsh. Would you like to get a cup of coffee or something?”

She gave me a look that could have cut the pages of Northanger Abbey. “There is a stubbornness about me that never can bear to be frightened at the will of others,” she said defiantly. “My courage always rises at every attempt to intimidate me.”

“I wasn’t trying to bully you. It’s just that—well, I’m from Missouri. You know what Mark Twain says about you, right?”

“How he wants to dig me up and beat me over the skull with my own shinbone?”

“No, the one about how you could start a fairly good library even if you had no money by not buying any Jane Austen books.”

She made a sickly little smile and shook her head like a lamb shaking its tail, as if to say, in the old grade school put down, “Ha ha—so funny I forgot to laugh.”

But—she agreed to come with me to The Bandersnatch, the student snack bar named after Lewis Carroll’s fictional creature. She got a cup of tea, I got a strawberry yogurt and coffee, and we sat down.

We began to palaver back and forth, trading generalities about the sexes. I didn’t believe half of what I was saying, but I said it just to annoy her and keep the conversation going. After a while she’d had enough, and the outburst that had been building up within her erupted like a volcano. “I hate to hear you talk about all women as if they were fine ladies instead of rational creatures,” she said. “None of us want to be in calm waters all our lives.”

“Oh really?” I asked, raising my left eyebrow to form the expression that Thorstein Veblen, big University of Chicago hero of mine at the time, called “the physiognomy of astuteness.” I figured I had her. “Okay, so if you want a break from the placid surface of your provincial existence, how about you and I go down to The Burning Spear tonight to see B.B. King.” 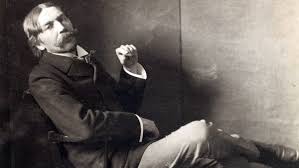 Much to my surprise, she agreed right away. I had inherited my sister’s crappy green 1965 Oldsmobile Delta ’88, and I told her I’d pick her up at 7 for the 8 o’clock show at the blues landmark at 55th and State, where King had recorded a live album in 1966. “Don’t wear that goofy Regency get-up you’ve got on now, okay?”

She blushed and I realized too late that we were from different centuries; I was in the twentieth, she was just barely into the 19th.  She wasn’t used to men making direct and unflattering remarks about women’s appearance. It was the feminist double standard, transported back in time; she didn’t want to live in calm waters, but she also didn’t want to hear any discouraging words. English romantic novelists—you can’t live with ‘em, you can’t live without ‘em.

I picked her and we stopped at Burger King on Stony Island Avenue for a bite to eat. There’s a two-drink minimum at The Burning Spear, and I’m just a college student, so I didn’t want her to order a slab of ribs or something. I’d be out of money by Thursday next week, and I’m somewhat proud of the fact that I’ve yet to bounce a check in my career as a penurious undergrad–that came later.  She screwed up her face as she bit into the Whopper Junior™ that she ordered on my recommendation. “It’s not that bad,” I said. 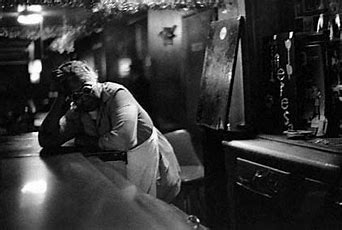 “Laugh as much as you choose, but you will not laugh me out of my opinion.”

We got in line and got in after a half-hour wait during which we drew a lot of stares—me in my Steve Miller wannabe Space Cowboy outfit, she in her high-waisted gauze gown. The locals must have thought I was a hippie who’d taken a wrong turn into the ghetto, and that she was a cult member with her long-sleeves and bonnet.

We took our seats and the waitress was on us like a duck on a June bug. They need to push the booze to make money to pay B.B., who’s at the peak of his popularity right now. White kids with discretionary income have discovered him, and he’s making more money than he ever did before, but he’s also able to charge the highest appearance fee of any blues guitarist.

I order a beer and the waitress asks to see my ID. I’ve just turned 21 so I’m finally able drink in a club. Jane orders a glass of claret.

“What’s that honey?” the waitress asks.

“That’s what the British call red wine from Bordeaux. Bring her whatever you’ve got open,” I say, figuring the wine list at a blues club is probably its weak spot.

“We got Riunite on ice, thass all. Can I see some ID baby?”

Jane fishes in her purse and pulls out her Oxford student identification card.

“A hunnert and twenty-seven? Woowee!” the waitress exclaims when she sees the 1775 birth date. “I didn’t think noboby lived that long since Methuselah died.” She goes off to the bar and just in time, because the emcee has come on stage and started a typically florid introduction for The King of the Blues. 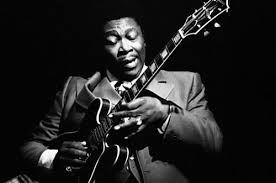 King comes on stage and, unlike the college concerts I’ve seen him at before, there is no immediate standing ovation by a bunch of white punks on dope whose opinion has been formed by reading Rolling Stone magazine. These are the people King built his career on; there’s a relationship of respect but not adulation. The audience has come to hear B.B. play and to tell the stories of the blues that reflect the tough lives they lead.

He launches, as always, first of all into an extended guitar solo, horns blaring behind him, building dramatic tension. After five choruses of tasty licks, punctuated by the facial expressions that he mugs more broadly at bigger venues, he finally begins to sing:

In vain have I struggled.
It will not do.
You must allow me to tell you
how ardently I admire and love you.

One thought on “With Jane Austen and B.B. King at the Burning Spear”