Town officials are considering zoning changes that would permit strip malls, fast-food outlets and big-box stores to be built a short distance from Robert Frost’s farm.

It’s Saturday morning, time for my weekly check on my fellow rustic poet, old man Frost, who lives down the road less travelled. He’s a cranky old cuss, but you would be too if you’d fallen as far as he has. In 1960, he was America’s most revered poet and spoke at Kennedy’s inauguration. Today, he’s seen his star eclipsed by a Republican surety bond lawyer, Wallace Stevens, whose poetry Frost dismisses as “bric-a-brac.” You’ve got to love the old fart. Frost, that is, not Stevens, who’s an unloveable old fart.

I stop at Frost’s mailbox. A few flyers, an oil and lube job offer from the local tire and battery store, an expiration notice from plangent voices, the quarterly journal of avant-garde poetry edited by my former lover, elena gotchko. 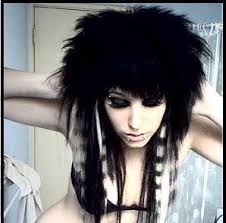 “my love is like a red, red rose/that’s somehow stuck inside my nose.”

elena and I had parted ways when she showed up at our little apartment with a skunk-streak dyed into her hair a few years back to announce that she’d had the capital letters removed from her name–and was leaving me.

“you stultify me,” she had said, eschewing the upper case as she spoke with emotion not yet recollected in tranquility. “you’re holding me back–you with your insistence on meter and rhyme.” Fine, I said, and I’d never regretted it. How she ever roped Frost into subscribing was a mystery to me, although he was a sucker for those Publisher’s Clearing House come-ons.

“This Frost guy’s apparently gone for a walk in woods. Who’s next on the list?”

I knock on the door and Frost opens it up right away–he’s always eager for a little company and to get out of the house. It must be lonely out here, living all by himself with nothing but the sound of cars rushing by.

“I’m ready,” he says, the cheap polyester “gimme” hat already on his head. I don’t know what it is with old men and free baseball caps–they can’t resist them.

He looks at it without interest and, as usual, launches into perfectly-formed verse:

A hushed December morning mild,
with leaves as frail as Kleenex tissue;
tomorrow’s mail, if it be wild
would bring, perhaps, a swimsuit issue.

“No, that won’t come until February,” I say to him.

“Okay,” he says after he absorbs this information. He turns to close the door and his cat, an orange tabby named Demiurge, stakes out a wary watch on the threshold.

“Bob, we’ve gone over this before,” I say with repressed exasperation. “You can’t bring a cat into McDonald’s.”

The thought of the golden arches causes him to lose interest in his cat. I can see by the far-away look in his eyes he’s thinking of the Senior Citizens coffee special and again, he can’t deny his muse.

I’m going to get my elderly java
by riding with you over dales and hills.
It tastes like ash and is hot as lava
but I can’t resist those free refills.

We head out towards State Highway 28 with the more distinguished poet in the car staring out the passenger side window at the bright fall colors; the orange of Home Depot, the red of Staples, the yellow Walmart smiley face on a billboard.

“Don’t you want to get something to eat first?”

“Depends on what? Your only choice is fast food.”

Dawn breaks on Marblehead, as we say in New England.

“Okay,” I say, a little chagrined that I’ve forced him to disclose the one aspect of growing old I’m really not looking forward to.

We make our way through the parking lot and enter the store where we are met by one of the chain’s ever-present greeters, a white-haired old man in a blue vest festooned with inoffensive buttons. I try to avoid eye contact and accelerate past him when I hear Frost’s voice boom out–to the extent that he’s capable of producing such a sound, even metaphorically–”Well if it isn’t The Emperor of Ice Cream–Wallace Stevens!”

Stevens’ face registers the shock of recognition that Herman Melville spoke of, when a man of letters comes face to face with one of his rivals while working a minimum-wage job to make ends meet. Being the darling of the academy doesn’t do you much good if you have to mix wet cat food and pinto beans to make chili.

“Hello, Frost,” Stevens says in a frosty tone. “How’s the poet of–subjects.” He says this last word with a sneer.

“Fine,” says Frost. “Tell me, since you must know–down which aisle would I find–bric-a-brac?”

Stevens draws himself up to his full six feet, seven inches, looks down at Frost as if from Olympus, and begins to speak:

I placed a Hummel figurine,
Down to your left, in aisle three.
‘Twas much too tacky for myself
But not too gauche for one such as thee.

I can tell that Frost is pissed, but he’s trying hard not to let it show.

He cuts me off and glares at Stevens, not about to back off in this mano-a-mano poetry throwdown.

He squares his shoulders and even I can’t believe the fearful symmetry of what comes out of his mouth next:

Two aisles diverged ‘neath a yellow face,
that bore a sickly, foolish grin. And I–
I took the one marked “Incontinence,”
and that has made all the difference.