A nun with a gambling addiction has been accused of stealing $128,000 from two parishes where she worked.

I had known Sister Carmelita going back to fourth grade.  Back then, the AFL was new, the Denver Broncos still had vertical-striped socks, and I had just started making book on football games and the Saints.  Not the expansion Saints, the real thing.

“Who you like this Sunday?” I’d say to her as I collected the balls and jump ropes after recess.

“I dunno, I think the Cardinals are gonna pull one out against the Eagles,” she’d say, looking askance at the rectory to make sure the pastor wasn’t comin’ or nothin’.

“So put your money where your breviary is,” I’d say. 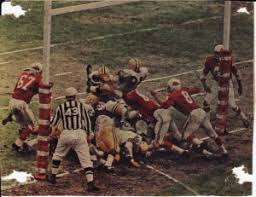 “You layin’ any points?” she asked.

“Is the Pope a Catholic?” I said, then looked down at my hand-scribbled layoff sheet.  “I can’t give you more than two.”

“C’mon–Gerry Perry’s hurt, they gotta depend on Bobby Joe Conrad to kick field goals and he’s 0-for-1.”

We haggled for a bit but I wasn’t budgin’—she’s part of an eleemosynary institution, not me.  She reached into her coin purse and pulled out a handful of change.  I knew she’d been filching from the mite boxes and the milk money.  She’d charge kids three cents for chocolate, then report it as “white” milk.  Pretty skuzzy if you asked me, which you didn’t.

“I’ll take the Cardinals,” she said as she counted out $3.26 in small coins, nothin’ bigger than a dime.

“Pleasure doin’ business with ya sister,” I’d said, and I meant it.  Nobody else paid up front, they all ran a tab until week fourteen, then would mumble something about givin’ their money away so’s orphans could have a nice Christmas.  Sister Carmelita, she played fair and square.  She had invested too much in a virtuous life and didn’t want to get dinged at the pearly gates because she tried to shaft some fourth grade grifter like yours truly.

She’d remained a loyal customer over the years, and every fall I could count on her for some inside dope on who was gonna be made a saint come October.  For example, she’d tipped me off about Kateri Takakwitha, the first native American saint, and I’d made a bundle offa her.  Who knew that the clincher was gonna be five-year-old Micky Fonkbrunner—I ain’t making this up–who got a flesh-eating bug when he fell down playing basketball?  He prayed to Kateri—a/k/a “Lily of the Mohawks”—and his infection cleared up P.D.Q.  Now he’s a shoot-first-ask-questions-later point guard for the St. Zepherin’s U-12 River Hawks in Lowell, Mass.  Could get a scholarship if he keeps saying the rosary and wears his scapular religiously, which I suppose is the only way you can do it. 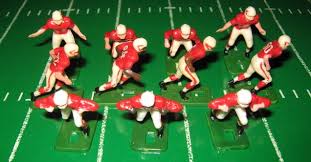 Anyway, I do all this thinkin’ Sister’s on the level, then as I’m comin’ outta church on Saturday after confessin’ my sins and lightin’ a candle for the Eagles, who do I see through the window of the convent sayin’ a rosary but the Sister in living color, and this was before color TVs were a commonplace item in the nation’s living rooms.

“Hey,” I shouted in the window.  “No fair puttin’ the hoodoo on the Eagles!”

“I’m not,” she said with an innocence so bogus a third-grade class sergeant-at-arms assigned to take names while a lay teacher took a smoke break wouldn’t have fallen for it.  “I’m just . . . ordering up a wind shift for the fourth quarter.”

Available in Kindle format on amazon.com as part of the collection “Fun With Nuns!”

Cartoon: Right choice, Mitch, saying you’d support me as GOP nominee in 2024. So, where you off to?

Making the IRS Work For Us