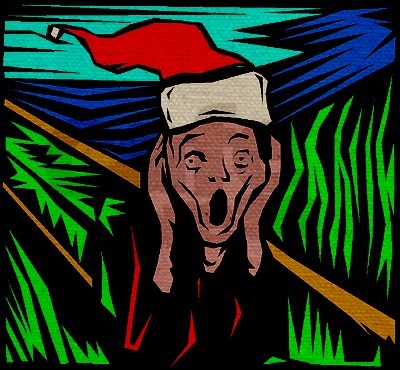 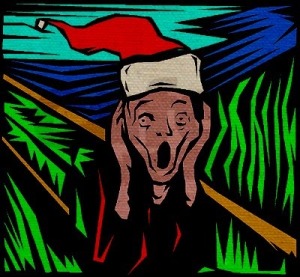 The Holiday Season is in full swing. With just a couple of weeks left before Christmas, it’s hard to believe our trees and decorations have been up for only 4 months. It seems like just yesterday we were trick-or-treating while listening to our favorite carols on iPods.  Rudolph and Frosty have aired no less than 10 times in the past week, and every person who has ever sung a song has a Christmas CD available for purchase. It will be tough to do without all that for the months of January and February, the official Non-Holiday Season.

Do I find this extended holiday period stressful? Perhaps, a bit. But as long as you throw in a turkey leg and glass of eggnog every now and then, I can deal with the constant pressure to spread goodwill, be jolly, and all that jazz.

However, there are some who aren’t as laid back as I am. These people aren’t placated by roasted meat and high-fat dairy products. They don’t have the disposition to withstand the holiday pressure. They snap. Here are some actual news stories you may have missed while you were out fighting for that television on Black Friday: 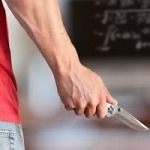 In Massachusetts, a full-grown, 18-year old man asks his father for an iPhone for Christmas. Dad doesn’t come through. Junior doesn’t receive requested gift. So what does he do? He pulls a knife on his old man. He threatens him with bodily harm. He starts fighting with everyone in the house, even little Suzy Lou Who who was trying to sing that stupid “Fahoo Fores Dahoo Dores” song over by the Christmas tree.

Seriously, the police had to be called, the teen was arrested, and a stepbrother was sent to the hospital. All because he didn’t get the gift he requested. Here’s the thing, buddy–join the club. I ask for Christmas gifts every single year that I have no chance of receiving. For instance, this year I asked for a fully tricked-out Vespa scooter. Will I get it? No.  I have asked for it going on three years now. And I am still waiting for my parents to come through with a car of my own (requested 1985-95), a meeting with Batman and/or Wonder Woman (requested 1975-78), and for my sister to go away (1974-2002). But do I threaten every one with deadly weapons and send people to the hospital because of their total disregard of my requests? No, I sublimate my anger with pecan pie like any other decent American.

Last Christmas, Helen Ann Williams was fed up. She finally made it to Christmas Eve. All she wanted to do was relax on her couch in her North Charleston, South Carolina home, and knock back a couple of cold ones. Her no-good husband went out on a beer run for her, but came with nothing. NOTHING. Not a Coors, not a Bud, not even a Milwaukee’s Best. Then the jerk just went to the kitchen and started making himself a sandwich, like nothing was wrong. He acted like the beer store was already closed, it being Christmas Eve and all.

Well, this enraged Helen Ann. She wasn’t having it. Not now. Not after dealing with all the stress of this Christmas season. She picked up her weapon of choice, a ceramic squirrel that had been won at a carnival in happier days, and beat her husband over the head with it. Then she stabbed him in the chest with it.

Mr. “The Beer Store Was Closed” somehow escaped to the neighbors and called 9-1-1. Helen Ann was arrested, right at Christmas. And, obviously, she was sober. 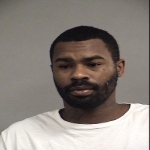 Poor ‘ol Deharra Walters. Celebrating Christmas from September until the end of December was too much for the usually mild-mannered Louisville man. One glass of bourbon-filled eggnog a day for four straight months can do damage to a man. It can make him see things that aren’t there–like a sign that reads “Nude Bingo Night.” Who can really say? All we know is Deharra cracked under the pressure of Holiday Season 2013. He was found running through a Louisville bingo hall with his pants pulled down yelling, “BINGO!” Chaos ensued. Police were called. Walters lost the game. Kentucky Proud!

I think the most troubling part of this video is that the people around the wounded St. Nick just keep asking him if he would like them to call 9-1-1. This dude truly must be Santa Claus, because if I were playing the part and someone SHOT me with anything–a pellet, a BB, a marshmallow–I would scream, “Hell Yes call 9-1-1!! I HAVE BEEN SHOT!!” Finally, at around 1:46 in the video, you can hear a lady off camera say she is trying to call the PR girl. That should fix everything, because this is just like a Scandal episode. 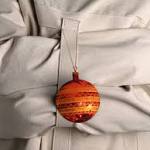 My friends, we only have a few more weeks left in the 2014 Christmas Season. I have faith in you not to snap like these people did last year. However, if you think you may go off the deep end, please let me know first. I want to be there to record it for next year’s list.

8 thoughts on “Holiday News You May Have Missed”