The Huffington Post recently reported that 63 Texas Republicans have signed an amicus brief supporting the state’s legal efforts to reinstate a ban on same-sex marriage. In their brief they argued that recognizing gay marriage could one day lead to the legalization of incest, pedophilia, and polygamy.

In their worst nightmares all three of these would be legalized simultaneously, on the same day. At which point some guy in Houston would race out and marry all three of his teenage daughters.

In his appeal, the state’s Attorney General wrote that the same-sex marriage ban promotes “stable, lasting relationships.” And he’s got some solid, home-grown evidence to back up this claim. Just take a look at this photo of the owner of the Dallas Cowboys. 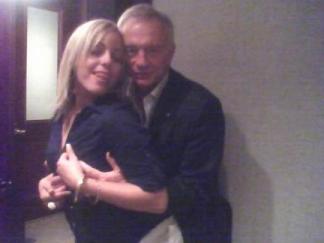 This guy has been married for 50 years. Just look at how happy his wife is. Lip-licking happy. If you ever needed proof that straight marriage is the key to long-term snuggle-fests, this picture is it.

Wait. What? That’s not his wife?

3 thoughts on “Is Someone Peeing On My Ten-Gallon Hat And Telling Me It’s Raining?”