As all fourteen of my regular readers know, my newest and funniest book, The Notorious Ian Grant, comes out in October. (Yes, I’m aware it’s a little early to make that claim. I’m working on my self-confidence.)

Almost nine of those fourteen readers are also aware that my publisher, Whiskey Creek Press, has been acquired by a larger publisher, Start Publishing. (Incidentally, if you Google Start Publishing, you have to wade through a lot of advertisers wanting you to … start publishing.)

Now, sometimes, during an acquisitions process, things can get … mixed up. And … *ahem* well, here’s the thing:

The Notorious Ian Grant has already been published.

According to Amazon, it came out as an e-book Thursday. Barnes and Noble had it up on Friday, and it’s also up on the Whiskey Creek Press website. All for $3.99, by the way, which is a nice drop from the initial price of my first book. Apparently they figured out that $6.99 for an unknown author was … unknown.

I found out by accident early Saturday.

The print version isn’t available yet, because that’s something I’m involved with, and I’d planned to time it with the e-book release. In October. But that’s okay, because my new plan is to have people love the e-book so much that they want an autographed copy of the print version. That actually happened to me … once.

So my big build-up to the release date, including the cover reveal and the related short story giveaways, will be somewhat anti-climactic. On the other hand, considering the nightmares you sometimes hear about publishing delays, it’s hard to complain too much.

Oh, and the cover: 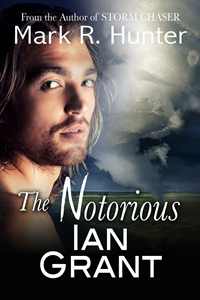