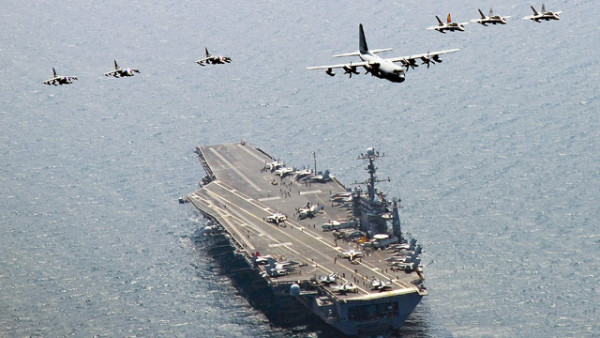 CHARLESTON, SC: Aspiring GOP Presidential hopefuls sparred Thursday night in a Fox Business GOP Presidential debate which revealed shocking details about the United States’ gutted military. Recent figures are now suggesting that the most expensive military on earth now only spends what the next seven or eight countries spend combined. The candidates were nearly unanimous in their assessment of the U.S. military’s near uselessness.

Governor Chris Christie: “A measly $600 billion dollars for the armed forces? That’s just the cost of 400 winning powerball tickets, and those are only $2 each. So we are basically spending less than $1000 on our brave men and women. It’s shameful!”

Senator Marco Rubio: “Our fighting force is so weak now! We once issued M-16s to our soldiers, but now I’ve heard that they being asked to search local wooded areas for random sharp sticks. It’s unbelievable.”

Senator Ted Cruz: “And this loss of morale is causing so much desperation and panic that our branches are even turning on each other. Last month, a heavily armored Army group squared off in Philadelphia against another group of armored Navy members in violent conflict. And even worse…I’ve been told that this has been going on for years!”

Businessman Donald Trump: “Back in the Reagan administration, one single Vietnam vet took on an entire armed village with a stolen Soviet helicopter and broke many POWs out of captivity. Then a few years later he took on the entire Soviet army in Afghanistan to save his former commander. Then he went to Burma and…I don’t know that anybody really followed that one…But anyway, you can see how our fighting forces are seriously slipping since then. In a Trump administration, THAT guy would be my Secretary of Defense.”

Senator Lindsey Graham added tearfully that, “back in the Reagan years, even citizens could fight. One group of high school football players once saved America from an entire Soviet invasion. Those were the days.”