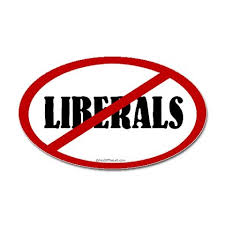 At a recently attended gathering of cultural anthropologists, environmental scientists, Hollywood activists and other misguided souls, I made a lighthearted comment about the plight of the tropical rainforests. It was something to the effect that as long as there was enough teakwood for me and my friends to build some nice high-dollar hot tub decks then what’s the problem? From the reaction of that bunch of Odwalla drinking cry-babies you’d have thought I had just farted on their feng shui or whatever. 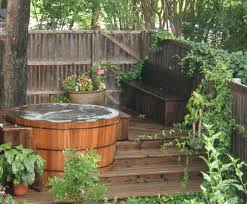 Anyway, imagine my surprise when several days later a band of swarthy pygmies showed up at my front door and informed me that my comments had created a disturbance in the area of the earth’s magnetic field located right over their village and this disturbance was causing cases of severe touduupi amongst the locals. Touduupi, is (or so I’m told) some kind of exotic gastrointestinal ailment (endangered, no doubt).

I don’t exactly know what happened next but suddenly I became very lightheaded with a loud ringing in my ears and extreme dry mouth. It seemed that I was unable to move and I’m certain that I could see little pointy-headed creatures with hula-hoops dancing around the periphery of my vision. The next thing I know I’m on my i-Phone ordering one thousand cases of Imodium AD and having it shipped to god knows where.

It was only after the pygmies went away and my mind had cleared that I realized what had happened. I

had suffered an attack of liberal guilt. I was so certain that I had risen above that unfortunate plane of consciousness but folks, old habits die hard don’t they? We are creatures of habit and once formed, an habitual response is hard-wired into your neurons and one must work hard to undo the damage. That’s why I’ve joined a support group for recovering liberals and you should too.

I meet with my support group friends every Saturday at 11:00am. Our meetings begin on a convivial note, we usually start with cookies and lemonade and then spend an hour or so engaged in various low impact physical activities intended to enhance our joie de vivre.

After a brief n

ap, we all sit in a circle and pass around a large opalescent crystal that is purported to expunge stray fluxivity from the center of your astral egg-body. I know that sounds a little crunchy but it seems to work.

Then, after a few minutes of deep breathing, the group leader will ask each of us to pick a color of the rainbow and share our thoughts on how this rainbow color represents an important aspect of our individual lives. This exercise is always a tough one for me since brown is technically not a color of the rainbow and the group captain told me that I’m not allowed to mentally mix red and blue. Honestly, that kind of fascism really turns me off.

Actually, now that I think about it, this whole support group thing is starting to feel a little weird; as in weirdly liberal. The other day, I was talking to some racketball buddies at the yacht club and none of them has ever heard of stray fluxivity. And shouldn’t the act of mentally mixing a couple of rainbow colors be one of my inalienable rights as an American?

What’s going on here? Am I being duped? Who’s behind this chicanery, Rachael Maddow?

The Koch brothers are going to hear about this.

8 thoughts on “I Joined a Support Group For Recovering Liberals”