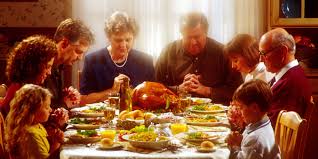 NEEDHAM, Mass.  Rod Scalzo is a production manager at Sneezitek, a manufacturer of motion-sensitive tissue dispensers in this leafy suburb that borders Route 128, sometimes referred to as “America’s Technology Highway.”  “We’re low-tech high-tech,” he says with a look of chagrin. “By the time cutting-edge developments reach us, the blade is pretty dull.”

“We thank thee father for breaking Uncle Ed’s leg so he couldn’t come this year.”

But Scalzo noted a surge in productivity in the second week of November, followed by another boost in the last week of the month, and he spent the better part of yesterday trying to figure out the cause.  “I’d like to be able to replicate that if I could,” he says, “as long as it doesn’t require any time, money or effort on my part.” 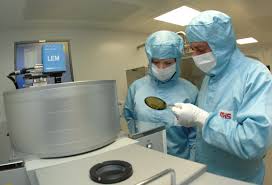 The sense that American businesses got a double boost last month was confirmed by preliminary numbers from the Department of Commerce, which says that “unfriending” on social media by those disgusted with others’ political views caused them to actually pay attention to long-neglected jobs for the first time in many months.  “I unfriended a bunch of people November 9th,” says Amanda Carter-Loggins, who has had a Hillary Clinton bumper sticker on her car since 2006.  “If they weren’t miserable at the results of the election, as far as I’m concerned they’re illiterate knuckle-dragging sub-humans–who nonetheless should vote Democratic in the 2018 mid-terms.”

Phil Primack, a punch press operator in Plaistow, New Hampshire, says he’s turning out an extra 65 flywheels, hasps and flanges a day following Thanksgiving dinner at his in-laws in Manchester-by-the-Sea, Massachusetts.  “My brother-in-law wore his Trump hat to the table, so I stopped following my dingbat sister Mona and their three ugly kids,” he says with an air of relief.  “Like I give a crap about whether Courtney’s U-12 soccer team goes to Disney World.”