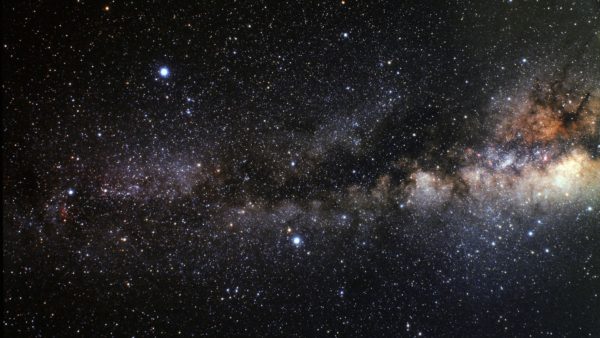 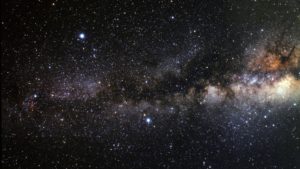 This is not a financial column. It’s a column about the universe. So when I tell you I work hard, plan and save, it’s not to preach the importance of creating financial stability; rather, it’s to warn you that once you’ve built a strong foundation and structure for yourself, the universe that gave you the tools, supplies and abilities to create what you have will one day come along and burn it all down to the ground.

A few months ago, my wife and I were discussing our son’s approaching 13th birthday. We thought about replacing his slowly declining, cheap old bike with a really nice expensive new one. Around the same time, his school proposed a trip across the country to Washington D.C., which would correspond with the U.S. history class he’d be taking the following year. We had the money to do both. But if we did both, we’d have no money afterward.

“We’ve been pretty lucky the last few years,” I said to my wife. “Why not? All we need are a few more good years from the universe to get our savings back up, and I don’t think that’s asking for much.”

Our son, who has a deaf ear when we’re giving him chores to do but an ear for conversations in another state if it has to do with his birthday, knocked on our bedroom door, and upon entering, said he didn’t want us gambling our savings on him.

“You kids today are so unselfish,” I told him. “You’re always thinking about others.”

“For my birthday, can I just create a Facebook profile instead?” he asked.

“You kids today are so selfish,” I said. “You’re always thinking about what others think of you.”

My wife and I banked on the universe’s continued kindness, so we bought our son the new bike and signed up for the D.C. trip, both symbols of the present stage in our kid’s life. A mode of transportation and time away from his parents represented his growing independence. We took a gamble on our financial well-being as a means to embrace what our boy was going through. I felt good about it.

I called my dad to see if he was equally as stressed when my sister, my brother and I were going through the same life cycle. My dad is one of those strong, silent-about-his-emotions types, so I wasn’t expecting him to share some heartfelt message about how hard it was to let go. And he didn’t. We just talked about less fluffy stuff.

Meanwhile, the universe turned against my wife and me. Our pet beagle developed a weird cough. Then the right side of his face went totally numb. I guess we should’ve kept the pet insurance we’d recently cancelled after not needing it for six years. A healthy dog—is that asking for much?

The car we paid off a few months prior started breaking down every week, each repair twice as expensive as the monthly car payment we didn’t have to make anymore. And then all the things I’d fixed, redone or bought new in 2002—when my wife and I became homeowners—began to break. Switches, faucets, the air conditioner, home appliances, my favorite mechanical pencil—they all went on strike in our house in the few weeks that followed our decision to gamble our savings away on a bike and a D.C. trip.

I could hear my dad telling me to keep up my savings. I knew that if I wanted something extra, I couldn’t dip into that money; I needed to save for it separately, the same way I knew that finishing off the remaining Halloween candy in one sitting was most likely bad. But I did what I knew was wrong anyway.

As far as I could tell, my dad had never been in my predicament. He always played it safe, so I wasn’t expecting him to share how he coped with his own financial woes. And he didn’t. Before I could make the call, my brother phoned me with news that our father, who lived alone and hours away from any of us, was in the hospital. It was his colon. And it was serious.

I didn’t even have the money to fly out to see him. Luckily, it wasn’t cancer. And luckily, the doctor had a solution, but it was going to be a big lifestyle change for my dad. Never sick and unwilling to accept such a fate, my father had no plans of living with the adjustment.

As I wrote in the beginning, this isn’t a financial column. I’m not going to go into my plan of action to address my financial hardship. This isn’t a medical column, either, so I’m not going to go into my dad’s health. This is a column about the universe, and I’m here to tell you that when things get bad, they eventually get even worse. The only thing you can do in that case is change the universe.

So I call my dad more than usual so he doesn’t feel so alone. He’s proving on a daily basis that he can live with the change in his life. I also helped my neighbor with the brakes on his car. And I’ve been giving my time to others in need. It feels good to be a part of the universe as it shines upon others. Now the universe only needs a few good years of that from me, and it doesn’t think it’s asking for much.

This story originally appeared in The Acorn Newspapers of Los Angeles and Ventura counties, CA, in November of 2016. You can find other stories like it in Michael Picarella’s book, “Everything Ever After (Confessions of a Family Man),” and at MichaelPicarellaColumn.com. You can listen to a recent interview with Picarella on the “CLC Originals” podcast via SoundCloud or on iTunes).

One thought on “Universe turns bad into worse?”