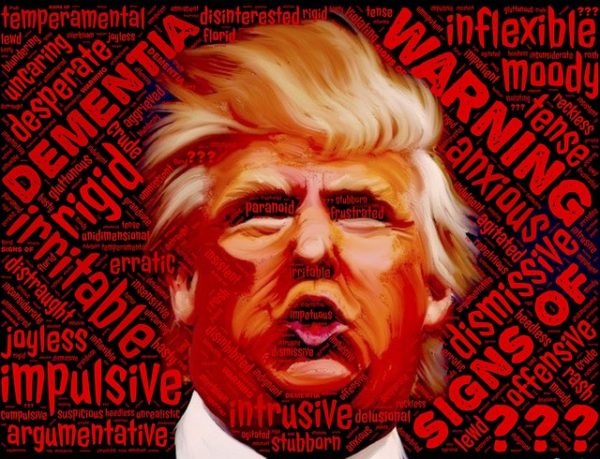 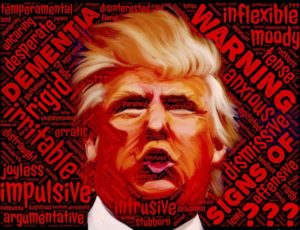 Now, don’t shoot the messenger, okay? But based on scientific research, Donald Trump is three kinds of stupid.

I’m merely extrapolating the findings of a 2015 study conducted by researchers from the Institute of Psychology at Eotvos Lorand University in Budapest and reported in the Washington Post.

A professor named Balazs Aczel, along with two psychology research colleagues, actually studied stupidity. They started by gathering 180 anecdotes about an action that could be considered stupid.

Professor Aczel and his colleagues found that there was a high level of agreement—nearly 90%—about what does and doesn’t merit being called stupid. What’s more, they learned that there are three distinct categories of stupid based on behavior that makes people laugh, cringe, or shake their heads in disbelief.

The first category is what Professor Aczel and his team call “confident ignorance.” It’s what they consider the highest level of stupidity—when someone seriously overestimates their ability to do something. Like people who text and drive, or certain beat-deaf celebrities who go on “Dancing with the Stars.”

In Trump’s case, he demonstrates confident ignorance when he claims to have the business acumen to run our country—yet he’s had six bankruptcies, lost nearly $1 billion in one year, stiffed thousands of tradespeople and small-business owners, and refuses to release his tax records despite saying that he would. In fact, he can’t even pronounce “acumen,” which he recently demonstrated on national TV.

He also claims to have the temperament to be president—yet he has encouraged political violence against his opponent, childishly disparages anyone who disagrees with him, and once even publicly touted the sexual superiority of his mistress over the mother of his children.

Oh, and he thinks his hair looks good.

The second category of stupid relates to what Professor Aczel says is the result of “obsessive, compulsive or addictive behavior;” it’s characterized by lack of control. Like Trump sending out tweets in the wee hours about a former Miss Universe’s weight gain. Showing up completely unprepared for his first debate. Publicly denigrating a Gold Star family. Mocking a disabled reporter. Defending his penis size on a national stage.

In all fairness, this category of stupid doesn’t just apply to Trump. Witness Maine’s governor leaving an obscenity-laced voicemail for a state lawmaker. Or the former New York Congressman sexting photos of his private parts to women who aren’t his wife.

Absentmindedness or lack of practicality

The third category of stupid is when someone does something irrational, either because they weren’t paying attention or simply didn’t know any better.

This is evident in both Trump and his surrogates. Like Rudy Giuliani claiming there were no terrorist attacks on U.S. soil until Obama became president in 2008 (um, what about 9/11 when you were mayor of NYC, Rudy?). Like GOP VP nominee Pence casting aspersions on the Clinton Foundation within days of the Trump Foundation being issued a cease-and-desist order to stop fundraising.

And then there’s Trump himself repeatedly offering wildly differing views on such issues as his support of the war in Iraq, women’s reproductive rights, climate change, or how he’d deal with illegal immigration. Or saying that the terminally ill should stay alive long enough to vote for him (“vote then die”). Or claiming that no one respects women more than he does, yet he brags about grabbing their pussies which, in most parts of the civilized world constitutes sexual assault.

So what’s the value of categorizing stupidity? Professor Aczel and his team wrote that these categories can potentially predict “what environmental or inner states increase the likelihood that one would behave in a way that others could call stupid.” In other words, if we know where someone’s coming from, it helps us anticipate their stupid behavior.

For example, being surrounded by ass-kissers can make someone think they’re way more competent than they really are. I’d wager that few of Trump’s inner circle confront him about his stupid behavior without fear of being told, “You’re fired.” So his confident ignorance persists—a la “The Emperor’s New Clothes.”

What the authors refer to as “intensive affective states”—situations in which someone’s feelings dominate their consciousness and override good judgment—can lead to lack of behavioral control (3:00 a.m. tweet-storms, anyone?). Is this the type of person whose finger you want on the nuclear button?

And multitasking, simply not paying attention, or an inability to focus can lead to a range of unfortunate occurrences—not the least of which is repeatedly contradicting oneself (some might call it lying) on the record. I’m not saying the guy has ADD, but…is this a trait you want in the leader of the free world?

Why supposedly smart people (and Trump will be the first to tell you he’s brilliant) can act so stupidly is hard to comprehend. One hypothesis is that intelligent folks think they’re incapable of making the same mistakes as “other people”—the arrogance that fuels confident ignorance.

Ironically, the one trait that might help the confidently ignorant avoid looking stupid is humility. Professor Aczel explained it this way:

“If you don’t want to do something stupid, you probably don’t want to have higher expectations of your abilities than you should,” he said. “The worst thing someone can do is act confidently, and seriously, and still not act rationally. That’s as stupid as it gets.”

The fact that Trump has become the Republican nominee for president, however, suggests that Napoleon Bonaparte was right when he said, “In politics, stupidity is not a handicap.”

In the movie “Forrest Gump,” Tom Hanks’ character put it another way, inspiring this haiku:

On election day
just remember that stupid
is as stupid does.

So, what do you think? Let’s have a civil discourse, okay? Because if you get rant-y or abusive, it’ll only make my case, ya know?