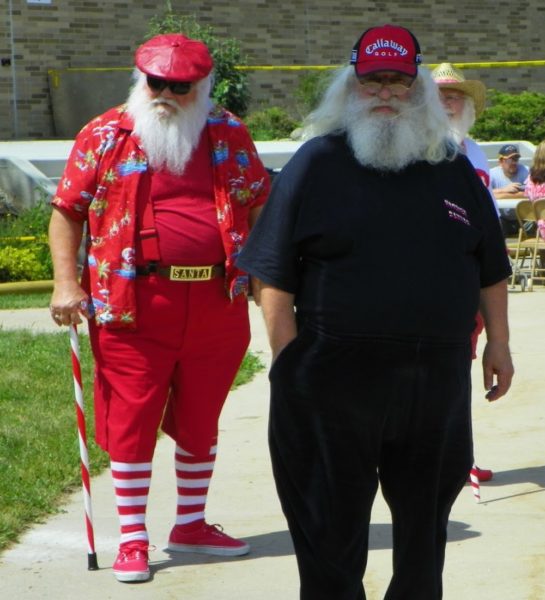 I’ve been going through all the boxes of old paperwork in my garage attic—there were a lot of them—and I stumbled across one of my old columns. How old? Well, so old it’s never appeared online.

There was a time when stuff didn’t appear online. No, really.

Since time has been very short lately (see above note about going through stuff, and also recently born grandbaby), I’m posting this as my annual Christmas column, a little more faith based than my usual fare … and you’d have never known it wasn’t brand new if I hadn’t told you. Well, except it mentions my youngest daughter’s fascination with Sailor Moon, which dates back to the turn of the century.

I’m typing this in without reading it first … I wonder if it’s any good?

Twas’ the night before Christmas, and all through the house
No noise could be heard but the click of my mouse
As I searched on the net for some gifts I could use,
To keep the kids happy, and thus stop abuse.

The reason, for me, was that Christmas meant presents,
And a lack of the same could make my life unpleasant.
For I have two daughters, who I thought could be mean,
Because one still knows Santa, and the other’s a teen.

So I surfed on the net, and I found Sailor Moon
Comics, two dolls, and all things cartoon.
For the old: books, tapes, her piece of the pie,
And she wanted orange clothing—don’t’ ask me why.

So my credit card screamed as I roamed cyberspace,
Begging for mercy while I wore down its face.
My bank account suffered, collapsed, and then died.
No team from “ER” could keep it alive.

Headlong for bankruptcy, I found myself hurrying.
Yes, I was broke, but I wasn’t worrying.
After all, I was experiencing the joy of giving,
And that seemed to me the way to be living.

Then in my computer I heard such a clatter,
I thought it was crashing! Almost emptied my bladder.
A new icon appeared on my desktop display:
“Press here for Santa—now, don’t delay!”

With a trembling hand I ran virus scans first,
But it said “nothing detected” so it wasn’t the worst.
I couldn’t resist; the button I pushed,
And suddenly Santa appeared with a “whoosh”.

Although no longer fat, he still had that grin.
“My wife gets the credit for the shape that I’m in.
The doc said lose weight or one day I’ll keel over,
So Mrs. Claus feeds me stuff that tastes just like clover.”

“You’re looking good, Santa,” I had to agree.
“And you’re in my computer—high tech now, I see.”
But something about my words made him frown:
“That’s why I’m here: You’ve got it all turned around.”

“But Santa,” I told him, “I’m into the spirit.
This stuff isn’t for me—I wouldn’t hear it!
I like buying for kids, it’s the spirit of giving;
Thinking not of yourself is the way to be living.”

He shook his head sadly. “You just don’t understand.
A big present exchange isn’t what should be planned.
What good does it do? What do your kids learn?
To get lots of things? To spend more than you earn?”

I sat there in shock—didn’t know what to say.
This didn’t sound like our Santa today.
“Why do you say this? You sound kind of blue.
Is material hoopla getting you, too?”

“It was different before,” Santa said with a frown.
“There wasn’t this focus on cost all around.
People were thankful, whatever they got;
Gifts came from the heart, that’s what they were taught.”

“Do you think what they want, or what you think is nice?
Do you buy best for each, or balance out price?
I know you like giving, but is that what they learn?
Or do they just know ‘get’ and you’ve money to burn?”

“All the gifts in the world don’t play a part
In the meaning of Christmas if He’s not in your heart.
And you know who He is! So get off your can.
If you can’t afford gifts make your kids understand.”

And then he was gone. He left no gifts from his sack.
But he did leave some interesting thoughts to take back
To consider for people who go fret and worry
About gifts and cards and the holiday hurry.

There’s nothing wrong with having a nice holiday
(At least until January’s bill paying day.)
But Santa’s not the Big Guy of the season, you see.
So relax and have fun … don’t just load up the tree.