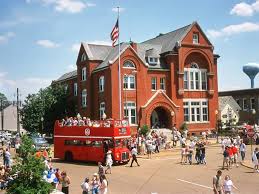 OXFORD, Miss. This college town of approximately 19,000 was once home to William Faulkner, one of the greatest novelists of the 20th century, but before he became famous, Faulkner was postmaster at the University of Mississippi Substation Post Office here, a fact that endears him to postal employees around the world.

“He could have been one of the great ones,” says Dewey Norman, a letter carrier for the past three decades. “Instead, he took the easy way out and became a Nobel Prize-winning author.” 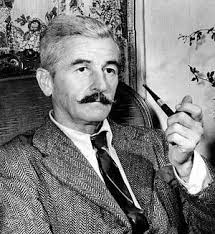 Faulkner: “You know what you can do with that postcard, Mr. Beauregard?”

The link between Faulkner’s experimental, stream-of-consciousness style and first class mail is celebrated every year in September as postmasters from around the country converge on Oxford to celebrate the Nobel Prize winner’s life and mail-sorting techniques. “Faulkner was known for ignoring customers and playing cards in the back room,” says Mitchell Helms, Assistant Postmaster of Tarkio, Missouri. “That’s a style that will endure when the go-go methods of Federal Express and UPS fade away.”

Faulkner eventually quit his job as postmaster, saying that he was tired of being “at the beck and call of every son of a bitch with a two-cent stamp.” “My sentiments exactly,” says Oren Daily, Jr., a postman in Muskogee, Oklahoma, “even though the price of stamps goes up every year.” 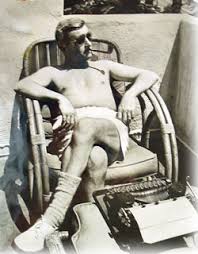 “I’ll be there in a minute–I’m out back sunning myself.”

Faulkner even used the imagery of first-class mail to describe the setting of his writings. “I discovered that my own little postage stamp of native soil was worth writing about and that I would never live long enough to exhaust it,” Faulkner said of Lafayette County, Mississippi, the basis for his fictional Yoknapatawpha County. “I also found that if you lick either of them, neither one tastes good.”

The anniversary of Faulkner’s birthday is September 25th, but postmen sent out invitations well in advance of that date in order to insure a good crowd. “We waited until the week before one year,” says Faulkner’s postal descendant Gregory Hollins, “and the letters didn’t get there until Halloween.”