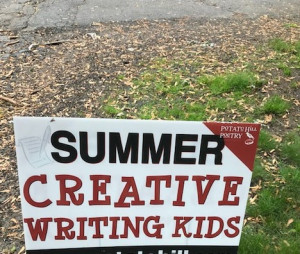 I got the news in April, just as I was reviewing the final short story submissions by my students at Pumpsie Green Community College in Boston.  That old wives’ tale/urban myth about professors grading papers by throwing them down the stairs, with the one that goes the furthest getting the only A in class?  A base canard.  Without health insurance, there’s no way an adjunct like me would risk life and limb bending over to pick up papers in a stairwell.  No sirree, I use a fair and objective method: female students who sleep with me get an A+, everybody else gets an A.  I don’t want to spend the first days of summer being browbeaten–or beaten on any other part of my body, for that matter–by a student who says if he doesn’t get at least an A he won’t be able to transfer out of our God-forsaken educational hellhole.

Anyway, as I was saying before I digressed–which I have heard described as the occupational hazard of English professors, if not the occupation–I got the news in April: my contract wouldn’t be renewed for the summer session, and don’t even think about next fall.  So all of a sudden I was at loose ends–or looser than usual ends–and wondering where my next craft beer/espresso drink was coming from.

And then I saw it:  One of those little plastic yard signs that pop up around here like mushrooms after a rain during election season, but this one promoted not some venal politician, but . . . creative writing!  My “thing,” as we used to say back in the 60s and 70s.  It was the work of an instant to log onto the website of Summer Creative Writing for Kids Camp, scroll down to the bottom where the non-fluff stuff is buried, and click on the link that said “Job Opportunities.”

They had one position open, at slightly more than minimum wage, but I was in no position to haggle, what with June rent already overdue.  I filled in the boxes in the job application template–thankful that I had no police record due to the posture of formidable indifference I maintained while anti-Vietnam War sentiment raged around me in my youth–and headed over to the camp’s address to make sure no other unemployed English professor (of which there are many) beat me to the punch. 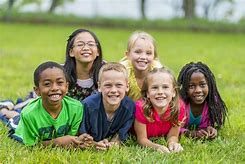 Not only did I get the job, but I was thrown into action right away as another instructor had come down with bronchitis, a sign of spring in New England as sure as robins and the first crocus.

I was ushered into the classroom by the head camp counselor, who then left me to mold my little charges as I saw fit, given my lengthy curriculum vitae in the art, science and mystery of taking fresh, unused minds and turning them into creative dynamos.

“Hello everybody!” I called out to the class, who had come armed and ready to tackle the fortress of literature: Big Chief pads, Eberhard-Faber no. 2 lead pencils, Roget’s Thesauruses (Thesauri?).

“Hello!” my class echoed back to me.

“I see a lot of smiling faces today!”  A little girl with her blonde hair in pigtails turned her pleasant visage up a few kilowatts–she’d probably end up the head stewardess who says “Buh-bye!” as you get off the plane, I thought.

“Well, that’s the first thing we have to change,” I said.  “I want you to turn those smiles upside down–into frowns!”

“You want us to be . . . unhappy campers?” a little boy asked.  Obviously a veteran of many summers of adult-supervised fun.

“That’s right–because if you want to be a good writer, you have to be verrry sad.”  I pulled down the corners of my mouth until I looked like something out of an Edvard Munch painting, to show the kids how it’s done.  Thankfully, they were very responsive, and promptly followed suit.  If I had to guess, they’d learned from past experience that following camp counselors’ orders is the best way to earn a merit badge.

“Okay, before we actually start writing, writing, we have to work on our lifestyles.”

“Well, the very, very best writers don’t behave like your mommies and daddies,” I said, taking a seat cross-legged on the floor.  “Are any of you . . . boyfriend and girlfriend?” 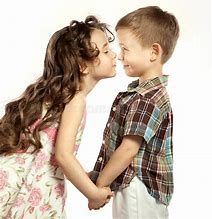 There were giggles all around the room.  Then, in the back row of chairs, a little boy began to sing: “Timmy and Kayla, sitting in a tree, K-I-S-S-I-N-G!”

The other kids–except for the two aforementioned, as the lawyers say–joined in: “First comes love, then comes marriage, then comes Timmy pushing a baby carriage!”

They all laughed and a rosy glow crept over the cheeks of the young lovers, but I intervened before things escalated to the point of embarrassment.  “That’s okay, it’s healthy to be in love–if you consider divine madness good health.”

The kids gave me a puzzled look, but I forged ahead.  “Have any of you ever been to a country club dance?”  A few shot their hands up in the air.  “Okay, so you know what a multiplication dance is?”

My little blonde raised her hand–she was probably the most popular girl at her parents’ club.  “That’s where one couple starts out, then they break up and go get two more to dance, then those four break up, and so on.” 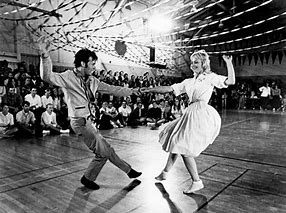 “How do you spell that?” a boy asked.

The kids dutifully transcribed Rule No. 1 of the writing life: when in doubt, screw somebody.

“Are we ever going to actually–write?” Kayla asked.

“Maybe–if we have time for it after we goof off.”

“What does goofing off have to do with writing?” Timmy asked.

“Everything!” I fairly shouted.  “The best writers sometimes go for years without writing a thing.  Maybe you’re not ready for that kind of long-distance procrastination, but I think we could all crank out a little laziness today before your moms pick you up at 3:30.”

“So . . . what should we do?” a little girl with a “Sylvia Plath died for your split infinitives” t-shirt asked.

“Well, for starters–stare out the window.”

The kids’ heads swiveled like the turrets of a tank squadron, and looked out on the green grass outside: so lush, so inviting, it beckoned them to come play like real kids and not over-achieving dorks who’d write their first novels before they graduated from high school.

“What else?” Timmy asked.

I thought for a moment.  What, I asked myself, was the one tried and true tool used by writers around the world to keep themselves properly blocked?

“Well,” I asked, “do you know where your mommy and daddy keep their liquor?”