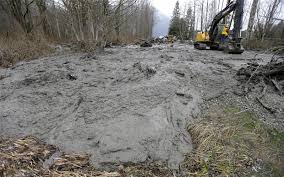 QUIBDO, Colombia.  It’s “Day of Return” in this, the capital of the Choco, a department (roughly equivalent to a U.S. state) of Colombia.  “Today we put the Children of Affluence back into the belly of the Big Silver Songbird,” says Jhon Diaz, a young man in his twenties who hopes someday to come to the United States for surgery to have the middle two letters of his first name reversed.  “We will miss them when they are back home playing video games and eating double-stuffed Oreos.”

Diaz is referring to forty ninth-graders from Nellie Fox Middle School in the suburbs of Chicago, who for the past two weeks have lived in this village on a trip that has cost their parents $5,000 in tuition, plus airfare and gear such as waterproof ponchos to keep the children dry during Colombia’s spring rainy season, which falls in April and May.  “These children have been a gift from God,” says village elder Vasquez Osorio.  “Before we had to buy pack mules, but thanks to American cultural enrichment programs, we are now paid to take little human beasts of burden,” he says with a smile as he tousles the hair of Timmy Felknap, a 15-year-old with braces and a shy smile.

Choco suffers from devastating mudslides in the spring, and in the past villagers have used burros to haul the mud back to the top of the Baudo mountains so that it can slide down again the following year.  “It was back-breaking work for the poor animals,” says Diaz as he shakes his head in sympathy.  “The Nellie Fox students have been hauling heavy books around since kindergarten, and are suited to mind-numbing work due to standardized testing.” 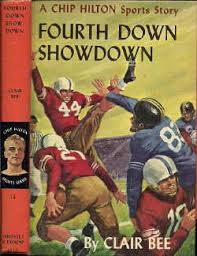 Despite being a wealthy nation capable of providing its children with expensive technological doo-dads, America forces young children to haul heavy textbooks around on their backs even though a “thumb drive” no bigger than a human thumb can hold more information that a typical school library.  “We checked and it’s true,” said Morris Barnum, immediate past president of the American Association of Vice Principals.  “We squeezed all the Chip Hilton stories I loved growing up onto a little thingy that holds thirty-two gigabytes, whatever they are.”

As for the students, many of whom refuse to do chores at home, the chance to help illiterate third-world villagers has been an enlightening experience.  “It’s only work if you have to do it,” says Melinda Bassett, who will highlight her expensive Colombian experience on her college applications.  “If your parents pay for it and it looks good on your resume, it’s fun!”