Skip to content
Recent Humor
Hairdressers
This sign cuts straight to the point…
As Crisis Drags On, Misanthropes and Agoraphobes React Differently
Important Coronavirus Safety Update from HumorOutcasts
Home schooling is more important now than it ever was… 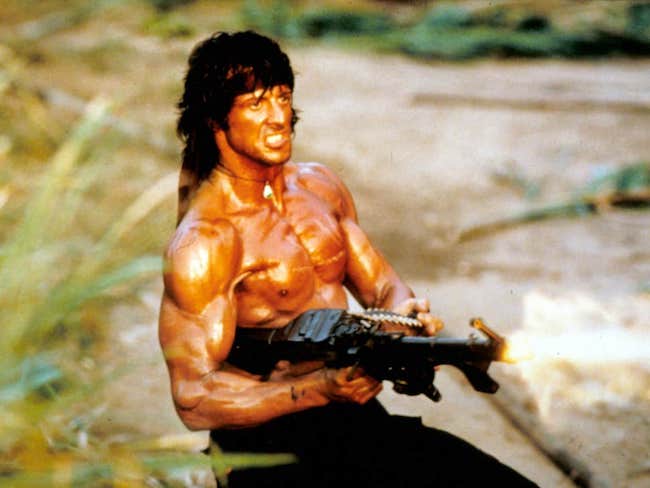 For most people, culinary single-use devices like strawberry hullers and cherry pitters are handy time-savers. But for cooking-klutz me, they are cabinet space-stealing clutter, rarely, if ever, used.

I’ve got ceramic pie weights to hold the crust down and fancy cake pans in graduated sizes. The former was bought in a moment of wild baking optimism. Yet, I’ve never even opened the package they came in. The latter, I used once to disastrous results.

But in my household, the undisputed master of single-use devices is – drum roll, please – Handsome Hubby.

HH never saw a kitchen gadget he didn’t want. And while some of the gadgets he wants aren’t strictly meant to be single-use, namely rice steamers, pasta makers, juicers, and the like, the problem is this – he’s also a work-a-holic. So, cooking is more of a dream than a realized activity.

After all these years, I know the routine well. First, HH sees something shiny and new in an ad or store. He ogles it, repeatedly, wantonly. Then he researches it and discusses it with me – for weeks on end. So, I, devoted wife, buy the object of his desire as a birthday or Christmas gift. Gleefully HH undresses, I mean, unwraps the object and has his way with it, once, twice, maybe three times.

Then, like all good material objects of HH’s desire, the object loses its sparkle. He gets work-busy again. The device gets left on the kitchen counter to collect dust and grime until I can no longer bear it. Into the cupboard it goes, first in front, then in the back. Next, it goes into the garage. Finally, after years of neglect – or decades — it makes its way to Goodwill.

A Man of Many Interests

And as you may have guessed, it isn’t only culinary devices that catch HH’s eye. He also has an eye for exotic, non-cooking toys, I mean gadgets.

Instead of swatting and squishing bugs, which I admit is gross, he bought a trendy implement that sucks them up with a loud popping sound. It’s effective, but not without flaws. It’s only two feet long, and you have to put the device directly on top of the insect, which is pretty dicey for bug-phobic me. PLUS you have to manually empty the little cartridge that traps the (frequently still living) bug. Horrors. Fly swatters may be disgusting, but my motto is Better Squished and Dead than Trapped and Flapping!

Still, since insect obliteration is HH’s Number 1 household duty, he can employ any bug-termination method he wants. And since he is nothing if not thorough, HH has researched the matter to death, investigating every gadget known to person, market, and Internet!

A Man and His Salt Gun

Now, to his complete satisfaction, HH has found the “perfect” weapon of insect destruction – one that solves the too-close-for-comfort proximity problem of the bug-suction device and is guy-certified fun to use! HH purchased a salt gun! Yes, a pump-action salt gun that shoots a blast of salt at bugs. And it has a range of 15 feet!

When he bought this pricy addition to his arsenal, I was aghast. I pictured my family photos and artwork a-salted. My windows and curtains streaked. My walls wrecked. But … who knew: HH is a great shot.

He is a regular Rambo, taking down spiders, moths, wasps … anything with antennae and tiny wings and legs. I guess all those misspent years shooting a bb-gun as a kid in Reno, Nevada wasn’t misspent after all!

Rambo, if Rambo Were From Reno

It’s ridiculous, but my man and his salt gun will not be parted. And his pride when he hits his target? He gives a snort of satisfaction and waves a high five to whoever’s there to witness his gunnery greatness. He walks a little taller, shoulders thrown back a little more. You would think he brought down big game for the family as if we were starving and shivering in a wintery, snow-bound one-room log cabin in the wilderness!

But Who is Complaining?

And clearly, the word has gotten out. Since HH acquired this latest weapon of mass insect destruction, there had been a marked decline of buggy infestation in our house. In fact, I’m sure our domicile has been officially designated a “No Fly, No Crawl” zone by the lower critter kingdom!

So, putting my snarky side aside, I say, three cheers for Handsome Hubby, my salt-gun-toting Rambo of the Roost! Bugs beware. My man is locked and loaded … and packing salt!

Who knew that middle age would bring this new prowess to my HH. I thought by now I knew all his strengths, that there was nothing new to discover. But I was wrong. With middle-age, there still can come new revelations!

(And goodness knows, this salt gun is one single-use device I’m never sending to Goodwill!)

One thought on “Gadgets, My Guy, and Rambo”