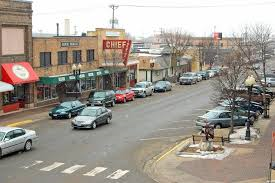 BEMIDJI, Minn.  Bob and Carole Hulvig both graduated from high school in 1969, and both have a fifty-year reunion this year.  “It would be fun,” says Carole, “except for one teeny-tiny little detail.”

The problem is that while Bob grew up in this town of 56,000 in Northwest Minnesota, Carole went to a private school in Massachusetts, which has scheduled her reunion for the same day as Bob’s.

“In the grand scheme of things it’s not such a bad thing since I wouldn’t know anyone there,” Carole says.  Does she worry, this reporter asks, that Bob might have a little too much to drink, start flirting with an old flame, and end up spending the night with another woman in one of the town’s nine fine hotels.  “I wish,” she says gloomily.  “I’ve got a much worse image of him in my mind now that I’ve seen his high school yearbook.” 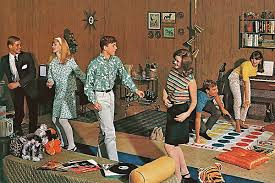 A glance at the page that has caused her such concern proclaims Bob “Twister King” of the Class of ’69, and shows him making his signature move, an under-the-crotch hook that iced the game for him and his doubles partner, Myranda Ulthweig.  Beneath the photo is a quote that Bob says he never regretted until his wife read it:  “‘Twister King’ Bob Hulvig says the popular game is ‘better than making out.’” 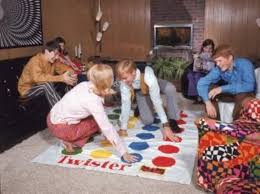 When questioned about the caption by Carole, Bob retreated into vague protestations that he had only read about “French kissing” in a Playboy magazine that was thrust upon him by a barber while giving him a complicated and time-consuming “duck’s ass” hair-do.  “Honest,” Bob says while Carole maintains a chilly distance between them on their den couch, “you’re the first girl named Carole with an ‘e’ I ever kissed.” 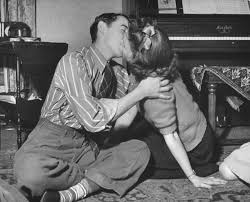 A session with a counselor has helped calm the troubled waters of this 35-year marriage, but the look on Carole’s face as she stares out the window makes one suspect that she may have revenge on her mind.  “I’m not saying I’d play ‘spin-the-bottle’ if asked,” she says drily, “but I’m not saying I wouldn’t.”