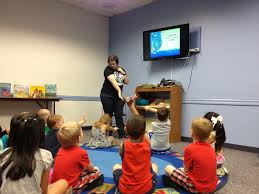 WESTLAND, Mass.  It’s 3 p.m. on a Thursday, milk and cookies time at the Shady Lane Nursery School in this upscale suburb of Boston, but the pre-schoolers here are under observation by more adults than just their teacher, and for more than just their table manners and deportment.

“A school nurse will be coming in tomorrow to administer irony shots.”

On the opposite side of a one-way mirror that looks into the classroom sit genetic psychologists Drs. Merrill Plough and David Oshevsky with their own plate of snacks, patiently observing the children, holding clipboards and pens ready to take notes.

“They’re still a little groggy from their naps,” says Plough.  “Their blood sugar should be up pretty soon.”

They turn their attention back to the window just as Greg Durmitzer, a boy with a “buzz” cut in a striped t-shirt, starts to ask a riddle.  “Why was six afraid of seven?” he asks, repeating the shopworn joke that has entertained generations of toddlers before him.

“Because seven ate nine!” Durmitzer replies, causing the group around to explode in innocent giggles–except for Holly Duchesne, a little girl with blond pigtails.

“That’s not funny,” she says, eyeing the others skeptically.  “Numbers can’t eat each other.”

Plough looks at Oshevsky with an upraised eyebrow, and her partner returns her expression of concern.  “What’s her DNA say?” he asks.

“Okay,” Oshevsky says.  “I’ll refer her to a specialist for the standard tests.” 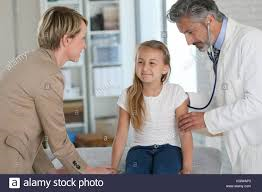 The medical mission that the two observers are on is research into whether American Presbyterians, descendants of dour Scots, suffer from a genetic disease marked by severe irony deficiencies, among other symptoms.  “Presbyterians are more likely than any other ethnic group found in the 30% of the population who don’t ‘get’ jokes,” says Plough.  “It’s a debilitating ailment that’s genetically based, like sickle cell anemia or Tay Sachs Disease.”

Irony deficiency in Presbyterians is an ailment that doesn’t get as much attention as cancer or heart disease because those who suffer from it are reluctant to go public, says Rev. Norman Winthrop of the Westland Hills Presbyterian Church here.  “A lot of my parishioners suffer untold anguish laughing along with others while they’re crying on the inside,” he says as he looks over a deposit slip that he will take to the bank along with the five-figure proceeds of an annual gala last night.  “They don’t understand absurdity, facetiousness, or irony, so they don’t understand a punchline with three elephants in the back seat of a sub-compact.”

A day later, Holly’s mother and father join the interdisciplinary team of doctors and educators to hear their diagnosis of their bright but clueless daughter.  “She’s high-functioning, reads ahead of her grade level, and is very sociable,” says Amy North, a recent education school graduate who hopes to turn her research into a published paper.  “The one thing she doesn’t have is a sense of humor.” 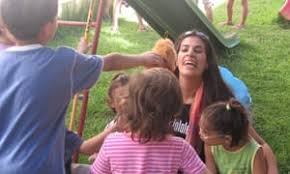 “Don’t ALL chickens cross the road to get to the other side?”

Her mother Ann Dufresne, shifts uncomfortably in her seat, while her father Clint bristles a little and sits up more stiffly than before, a feat one wouldn’t have expected given his ramrod-straight posture.

“I hear you, but I’m not sure I really care,” he says after clearing his throat, causing his wife to look at him with evident disappointment.

“You don’t care about our daughter’s health and well-being?” she asks.

“I always got along without a sense of humor,” her husband says.  “I don’t see why she needs one.”