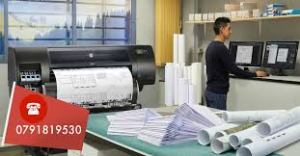 WALTHAM, Mass.  Ask Stephanie di Corso what she liked about her job as a receptionist at Pilgrim Property Development before it was closed under a state-wide order as a non-essential business, and you won’t have to listen for long.  “I can sum up the positive aspects of my job with one word–nothin’,” she says as lies back on her couch for an afternoon of soap operas and snacks after a morning spent on house chores.  “Well, maybe one thing,” she says, correcting herself wistfully.  “That kid Tommy in the Office Services Department.”

di Corso is referring to Thomas Zilbecki, a twenty-something photocopy machine operator who was responsible for churning out oversize site plans for the firm’s executives, and who bears a striking resemblance to 50’s teen heart-throb Sal Mineo.  “It’s like one of my ‘bodice-rippers,’” she says as she holds up the paperback she’s put aside for the moment, using the derogatory trade term for a shallow romance novel set in a distant time and place.  “I dream that even though he occupies a lowly position beneath me, someday he’ll take me in his arms and confess that he’s actually a partner in the firm making the big bucks, traveling among commoners in disguise in order to get honest feedback or somethin’.” 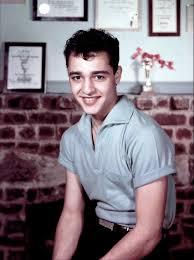 di Corso and others like her are finding that there’s a drawback to working from home in your pajamas all day; the inability to fantasize about people she worked with before the coronavirus scattered employees hither and yon, but mostly yon.  “We may be entering a great Romantic revival caused by lack of local intra-office erotic stimulation,” says Professor Micah Caisson, who teaches Medieval French at Lycee International de Seekonk, Mass.  “The inability to consummate one’s desire for another inspired the great poems of chivalry, and the inability to even fantasize about someone whose desk was directly opposite yours at work may have a similar, if second-hand, effect on the art of the 2020’s.” 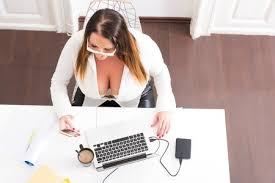 “Has anybody seen my eraser?  I can’t find it anywhere–thanks!”

At least one office Romeo has already tried his hand at a ballad to his lost office crush; Ed Gardner used to grouse about office-wide email messages he got from fellow employees looking for tips on everything from dog-walkers to plumbers, but now that she’s not around to leer at, he says he misses Paula Furbisher, a newly-hired file clerk who thought her most trivial personal needs were matters of concern to all 130 employees at Sanders, Jakob CPAs.  “Test, one, two,” he says as he adjusts the microphone in his basement recording studio, before launching into “Reply-to-All Paula”:

Some of the guys called you a dingbat,
but believe me, babe, they don’t know where’s it at.
You were something special, something really nice,
but if I may, just one piece of advice:
Wherever you may end up, at the old firm or someplace new,
I’ll always and forever remember fantasizing about you,
though over my workdays you’d sometimes cast a pall–
by obliviously hitting “send” after clicking “Reply to all.”