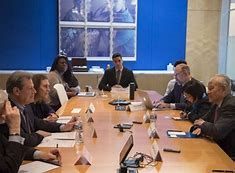 BOSTON.  Over the past several years Eloise Mangel-Wurzel, Theodore Koopernick and Freda Altschweiss have developed a successful track record co-writing hand-wringing “op-eds” on a variety of topics that at least two out of three of them are passionate about.  “I think we may have overdid it just a teensy-tiny bet on the end of net neutrality,” a now-forgotten issue that the three predicted would mean an end to life on earth as they knew it in 2018, says Koopernick.  “We got right back in the game when we said that climate change would mean an end to life on earth as we knew it in 2019.”

“What’s our position on the Freedonian toy tariff?”

But as the stockbrokers say, past results are no prediction of future performance, and last night the three colleagues at New England University were surprised, even shocked, when their latest effort, a 700-word cri de coeur on the disparate impact the coronavirus panic has had on Freedonian-Americans, who struggle against the stereotype that they are refugees from Duck Soup, a 1933 Marx Brothers movie, was rejected.  “Sorry guys,” Meredith Vlasik, Deputy Editorial Page Editor for the Worcester News-Recorder, wrote to them by email.  “I’m going to pass on this one.  New rule around here: Op-eds can have no more than two (2) authors until further notice.  Trying to stem the tide of panic that threatens to engulf us all blah-blah, hope you understand.”

Health officials say no case of the coronavirus has been definitively traced to a co-written op-ed, but they’re playing it safe.  “Listen, I’m all for freedom of the press, but it’s getting ridiculous,” says Michael “Mickey” Donahue, who has risen from an entry-level job as a summer lawn-mower for the Metropolitan District Commission to his current position as First Assistant Under-Secretary in the Mass. Department of Public Health through a series of well-placed political contributions.  “If we don’t do something soon, we’re going to have a pandemic of logorrhea on our hands.” 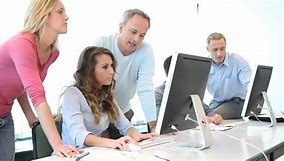 “Let’s put a semi-colon in somewhere.  That way readers will know we went to college.”

An “op-ed” is an opinion piece written by one or more individuals who are not employees of a newspaper; they typically are unpaid, and appear on the right-hand page opposite the paper’s editorials.  “You look at The Boston Globe this morning, you’ll see the peril the nation faces,” says Allen Vogaard, a professor of journalism at the University of Massachusetts-Seekonk.  “Three op-eds written by six people, creeping over the vertical fold to the left-hand side.  If I were a member of the editorial board, I’d be sheltering in place above the masthead.”

If voluntary efforts fail, censorship is a real possibility, according to Donahue, who says his next target will be “thumbsuckers,” a term used to describe a fact-free article composed primarily of a reporter’s self-generated theory based on suppositions that he “sucks out of his thumb.”  “I see guys reading that stuff on the Red Line into Cambridge,” he says with disgust.  “I wanna grab ’em and say ‘Don’t put that thing in your brain, it’s contagious.’”

2 thoughts on “In Bid to Halt Virus, Newspapers Limit Op-Ed Authors to Groups of Two”