CAMBRIDGE, Mass.  It was, said Dr. Phillip Reiff as he relaxed after dinner last night, “the biggest ‘Eureka!’ moment” of his career.  “We thought the science in this area was fairly well-established,” he tells this reporter as he finishes a glass of Malbec, then orders a double espresso and a slice of cheesecake from a waitress at L’Endive, a French restaurant frequented by members of this city’s life science community.  “Instead our study shows that the researchers who came before us didn’t know their posteriors from their elbows,” he adds, lapsing into a polite euphemism.

Rieff is referring to a study released last week, “Short-to-mid term mortality as a function of wine, coffee and rich food consumption using surgical versus percutaneous coronary yadda-yaddas according to stratified revascularization stent subtype,” authored by Dr. James Radamaker, a competitor of his at a Boston teaching hospital.  “The fear that news reports of that overwrought piece of bat guano sent rippling through the country was irresponsible and totally bogus,” he says, paving the way for the calming effect of Rieff’s monograph “Radamaker is Full of It: A Longitudinal Study of the Health Benefits of Wine, Coffee, and Whatever Else I Want to Consume.” 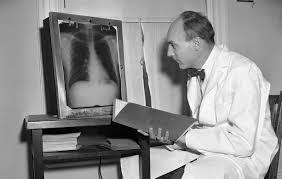 The battling studies are representative of increased competition for research dollars, which often fuels “science by press release” between scientists eager to make sweeping claims for their findings.  “If you want to make the 6 o’clock news, you have to make people think they’re going to die by the 11 o’clock news if they don’t give something up,” says Ariel Barnett, Professor of Communications at New England University.  “It helps if you introduce the story with a reserved, restrained lead such as ‘WE’RE ALL GONNA DIE!’” 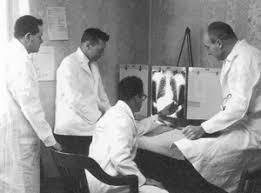 “Do you think the appendix is edible?”

The “acid test” of scientific claims is peer review to determine whether an experiment’s touted claims are reproducible, which is where Dr. Amos Seilkh, a heart specialist who agreed to compare the competing claims, comes in.  As he examines the menu at L’Endive he takes out a Dictaphone and begins to narrate an “abstract,” a preliminary summary for the review he plans to write on the two doctors’ disputes.  “After controlling for other factors, Radamaker’s abstemious approach may lead to longer lives,” he says before pausing to take a bite from a heavy Quiche Lorraine, “if you can bring yourself to call that living.”