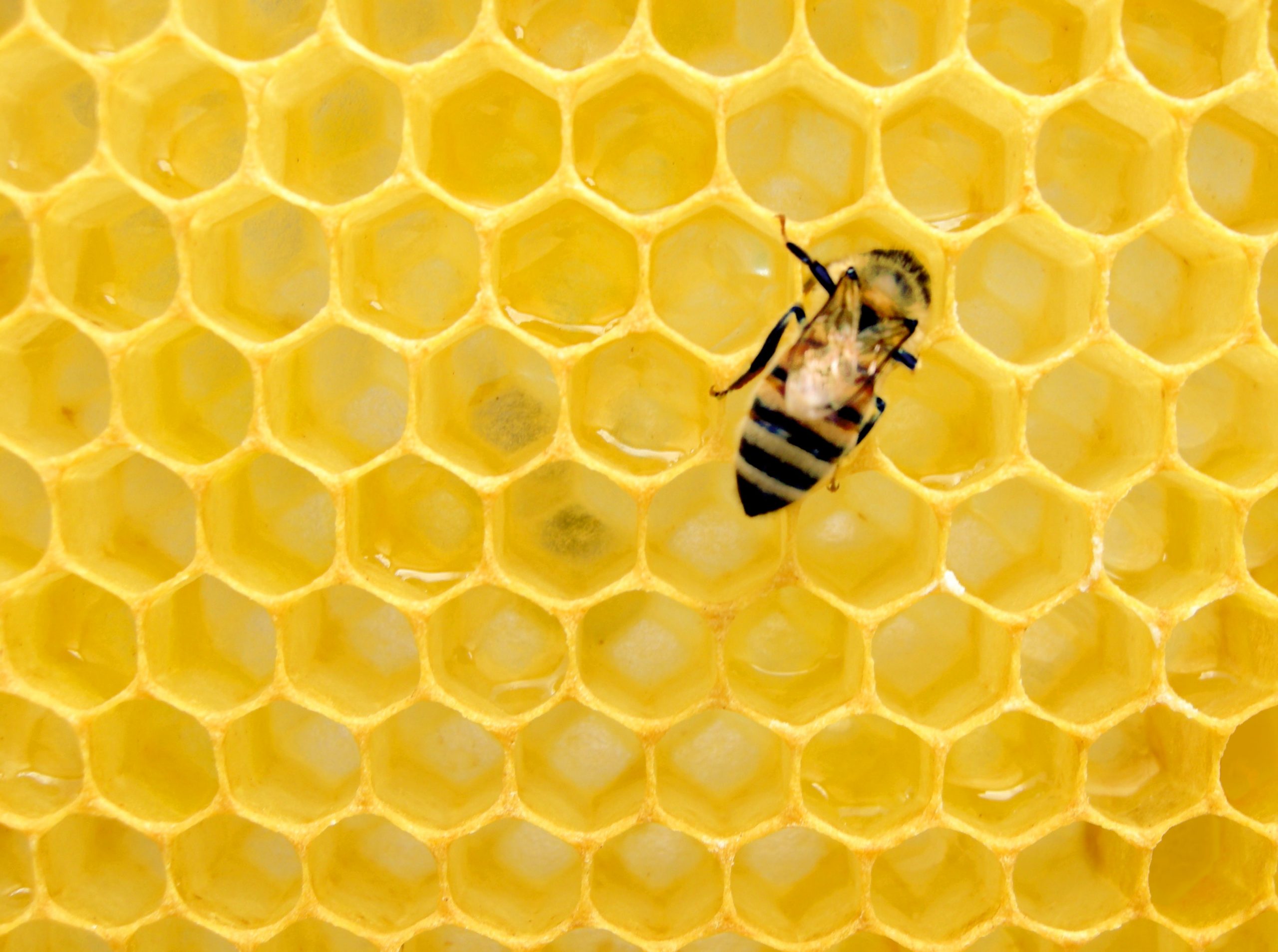 I don’t think my house is allergic to bees, but it did break out in a hive once.

There was a small opening through the masonry of our house’s east wall, and one spring before we noticed the swarm, a queen honeybee moved in. Don’t let royalty into your house. They take over and won’t leave. Not willingly, anyway.

We borrowed a beehive, put it next to the occupied wall, and baited it with some honeycomb to lure our unwanted guests, but they indicated they were happy with the accommodations they’d already found—happy as a bug in a rug.

I could hear them humming in the wall when I put my ear to it and could also hear them through all of the air vents in the house. Apparently, there was a hole in our ductwork because several stray bees soon found their way into the house. And kept finding their way.

My wife and I hired two local beekeepers to relocate our squatters and tried to curtain off the affected room with taped-up plastic sheeting. Once the bee busters were suited up, they cut through the drywall, sedated the swarm with smoke, and then began vacuuming the busy buzzers into a homemade box for transport to a new hive. Our Hymenoptera experts estimated that our wall contained a colony of about 15,000 bees. In just three days they’d produced a large network of honeycomb dripping with a pound or two of honey. I loved having my own local honey—and didn’t mind my own beeswax either.

The house is mostly back to normal now. The drywall section has been replaced, but it’s still not plastered or painted, so the outline of the cut-out rectangle is still visible. Seeing that rectangle makes me wonder if we were too hasty. In retrospect, maybe what we should have done was install a little sliding door in the wall that we could’ve raised whenever our day needed a little sweetening.

Maybe someday, beehives inside house walls will be as standard as indoor plumbing. “You don’t have your own in-house bees!? How do you live!?”

Maybe someday, in-home honey will be all the buzz.