Skip to content
Recent Humor
Uncle Sam Says
Ivanka Trump Agrees to Testify Before Congressional Committee in Exchange for Supreme Court Annulling Her Marriage to Jared Kushner
Cartoon: “Do You, Kimberly, Promise To Not Bear Witness Against…”
Boba Fett may have changed but he doesn’t underestimate the power of the dark cat…
Laugh Today–or Else

I consider myself to be fairly patriotic, but let me tell you, on at least one score the Chinese have it all over us here in the US of A–fashion.

That’s right.  America–with all its wealth, home to some of great sportswear lines in the history of the world–comes puffing around the corner a distant second, third, or even out of the money while China is already up on the platform accepting its gold medal.  And why is that?

Because Chinese officials, unlike the pusillanimous excuse for a government we have here in the states, have seen fit to tell their citizens not to go out in public in their pajamas.  At least until the games are over. 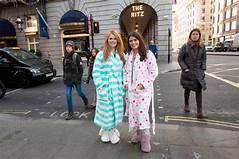 Uh, ladies–did you forget something this morning?

In case you hadn’t noticed, pajamas in public is a “thing,” as the young and the cognoscenti who want to be thought of as youthful say.  This fashion trend began–at least as far as I am witness to history–in the ’70’s.  It was then that I first noticed the style on young men who owned flashy new cars but appeared to have no visible means of support–is “pimp” too strong a word for the World Wide Web?  These gentlemen of the evening were, to my ever-sensitive eye for fashion, the first to appear in public as if they had just brushed their teeth and taken a wrong turn coming out of the bathroom.

Their slacks were brightly-colored, free-flowing and loosely fitted.  If asked, the men would say they were wearing a sweat suit or running pants, but in fact they were the harbingers of the full-tilt pajama blow-out that would take America by storm once the stigma of sex-for-pay-other-than-a- diamond ring had faded.

The revolution in waking sleepwear was completed a few years later when an article in The Wall Street Journal noted that many high-powered executives had begun to wear slippers to work.  Given the per capita income of the average WSJ reader, the slippers in question were expensive needlepoint footwear, not the fuzzy bunny slippers you wore to go downstairs on Christmas morning and open presents.  Still, as surely as a taste for European cars and fine wines trickled down from the privileged to the proles, low-class white trash bedroom slippers of the sort you usually see beneath a chenille bathrobe and a copy of the National Enquirer began to appear in American workplaces shortly thereafter.

Call me old fashioned, but there’s something about going to work in pajamas and slippers that bespeaks a certain contempt for one’s colleagues.  The yawns that one stifles while listening to PowerPoint presentations on Enhancing Core Competencies in Strategic Market Niches are much harder to suppress when one is dressed to hear “Good Night Moon.”

And then there’s that worn-pajama smell, a cross between the aroma of a laundry hamper and bad breath.  Is that really the image you want to project when everyone else is your management trainee class smells like Irish Spring?

Some will try to skirt China’s anti-pajama crackdown as pro football fans here do, referring to their “trousers” as “sideline pants.”  Unless that sideline runs down the middle of your bed, you won’t be fooling anybody. 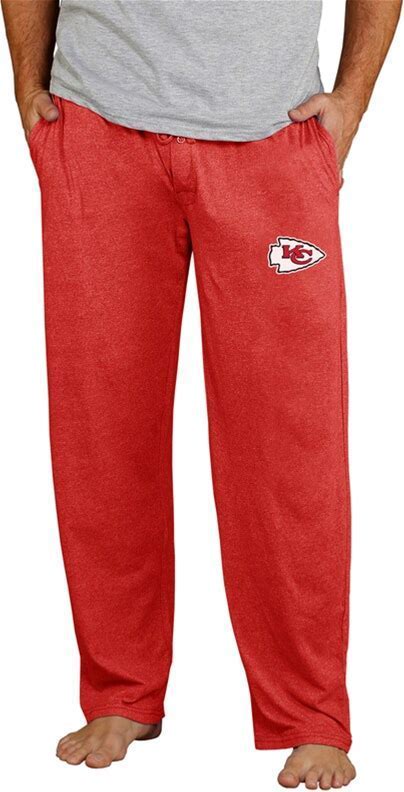 My hope that this trend had been forever buried like so much other dreck of forgotten decades were dashed this morning when, as I entered the town pool for my morning swim, I encountered not one but two young lifeguards wearing what were clearly pajama bottoms, one with a Mickey Mouse print.  I won’t go into safety considerations, but it seems to me having an article of clothing to remove will delay your entry into the water if you need to save someone–like me.  And I hate to tell you, “girlfriend,” but there’s nothing less au courant than the World’s Richest Rodent–he hasn’t had a hit in half a century. 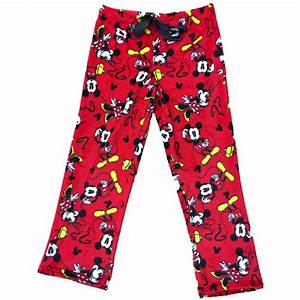 So here’s to China’s Office of Capital Spiritual Civilization Construction Commission, which says pajamas in public are contrary to the “sound cultural and social environment” they want to encourage during the Games of the Whatever Olympiad.  They confidently claim that “you’ll find more smiling faces” now that “people are more properly and elegantly dressed.”  Amen to that.

And while we’re on the subject, could I borrow some dental floss?

One thought on “China’s Great Fashion Leap Forward: No Pajamas in Public”