BRIGHTON, Mass.  Al Bertold likes to joke that he’s been in adult education since he was a kid, and at the age of 75 that means he has a half century of experience providing vocational training to those for whom college isn’t the best option.  “I’ve seen the fads come and go,” he says wistfully.  “I started out with a refrigerator repair school, then moved on to air conditioners, finally ended up in computers.  But I’ve never had more fun than I’m having now.” 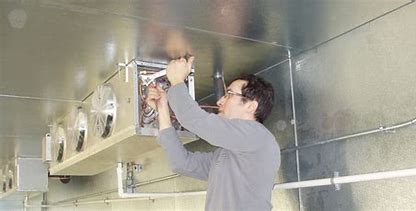 *sniff*  I love the smell of Freon in the morning!

Bertold watched as his business shrank to nearly nothing after a federal crackdown on guaranteed student loans caused the steady cash flow he depended to dry up.  “I never promised anybody a job,” he says, his mood turning defensive.  “How was I to know that you couldn’t make any money as the best front-loading washing machine repairman in New England?”

But Bertold’s long career looking over the shoulders of his students and cracking wise about their shortcomings gave him a fresh start a few years ago when he opened the Bay State School of Snappy Comebacks in this densely-populated neighborhood of Boston.  “A kid heard me say ‘So’s your old man!’ to a student in his lab group at my school of blow-dryer repair.  He asked what it meant and I was able to explain that it didn’t ‘mean’ anything, it just ‘was’–like Archibald MacLeish said about a good poem.” 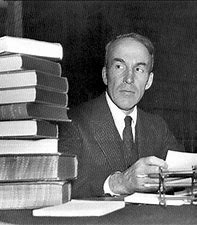 The interest of the young man’s classmates was piqued, and there followed an hour-long session in which Bertold held forth parsing the fine distinctions between “That’s what SHE said!” and its Jazz Age precursor, “Oh, you kid!”  “Like it says in the Bible, there’s a time and a place for everything,” Bertold says, alluding to Ecclesiastes, the only Book of the Old Testament ever to hit the Top 40 with The Byrds’ rendition of Pete Seeger’s “Turn, Turn, Turn.”  “When–or should I say ‘if’–you get married, you probably shouldn’t say ‘Your mother wears Army boots’ when your bride is expecting to hear ‘I do.’”

This morning finds Bertold in an intensive seminar for second-year students, who will need to master a set of “compulsory” come-backs that they will be tested on as part of a state-wide Smart-Aleck Certification Text.  “Guys,” he says to a class of thirteen men and two women, “when you walk into that exam room at the convention center, you’ll see a sea of faces–hundreds of people just like you–who need to get their license to go on to careers as late-night talk show sidekicks, used car salesmen, and professors of philosophy.  You’ve got to do your flashcards every night if you want to be one of the 98% who will pass.”

Many of the school’s students suffer from l’esprit de l’escalier, a French phrase that describes the predicament of thinking of the perfect reply too late, so Bertold emphasizes role-playing over lectures in his instruction.  “You, what’s your name?”

“Okay, Rob.  I want you to hit Cindy with your best pick-up line, and Cindy, I want you to respond like you wouldn’t sleep with him for a million bucks.”

“Rob” purses his lips and scans his memory for the perfect phrase, then–after taking a deep breath–says “If I said you had a nice body, would you hold it against me.” 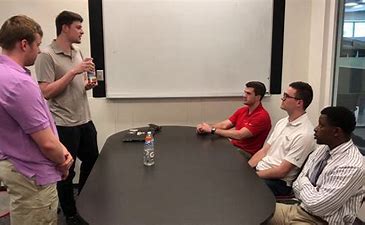 “You can say ‘In a pig’s eye’ or refer to some other porcine orifice.”

“Hoo, boy,” Bertold says, adding a whistle for emphasis.  “First time I heard that one I kicked the slats out of my cradle.  Okay, Cindy, you’re on.”

Cindy bats her eyelashes and looks lovingly at Rob, then says “I’ll never forget this moment.”

“But it won’t be for lack of trying.”