WASHINGTON, D.C.  Financial regulators, creditors and bankruptcy lawyers are scrambling to find the billions of dollars that went up in smoke when crypto exchange FTX failed last month, touching off a panic that threatens the long-term viability of the market for “crypto” coins and tokens.  “Unfortunately for investors, crypto was based entirely on sentiment,” said Royal Luster, an analyst at Wealth Management Services.  “For a currency to have real value you have to have an army that can invade other countries, and presidents or kings whose pictures you can put on it.” 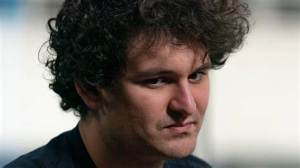 Sam Bankman-Fried:  “My coins are worth almost as much as his.”

While it seems certain that backers and customers of the insolvent company will lose everything, there remains the possibility that a “white knight” will step in and salvage something from the wreck.  Rival firms Binance and Coinbase declined to bail out the company when solicited by founder Sam Bankman-Fried, but one big, established player remains on the sidelines, ready to get in the game as the clock winds down. 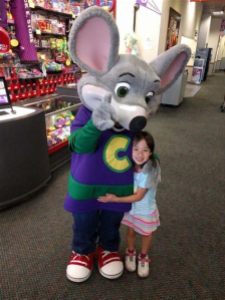 Chuck and young admirer:  “Of course you can’t have your money back, sweetie.”

“Chuck E. Cheese is their only hope,” said business journalist Chuck Faverhard of Financial Fraud Report.  “He’s been in the business longer than anyone and has a diversified revenue stream with his pizza and tchotchke divisions.” 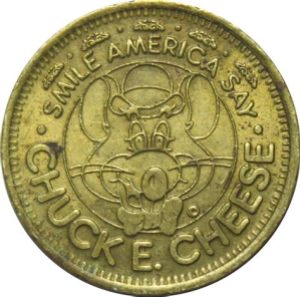 Chuck E. Cheese is an oversized mouse who serves as the mascot of a diversified portfolio of companies in the family entertainment and awful pizza sectors.  Children convert legal tender into Chuck E. Cheese coins that can be used to play arcade games such as “skee ball,” winning tickets that can then be exchanged for toys.  “It’s essentially a money-laundering scheme,” said former FBI agent Anthony Rocciadello.  “It’s more legitimate than cryptocurrency, plus they have stuffed crust pepperoni, which makes it all worthwhile.” 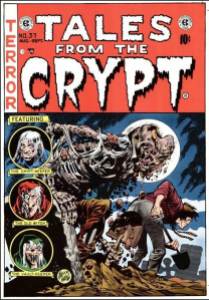 A “cryptocoin” is a digital currency that can be used in transactions verified by a decentralized source using cryptography rather than a centralized government bank.  A “crypt” is an underground room or vault beneath a church used as a chapel or burial place. “Cryptocoins” thus offer purchasers a safe place to bury their money and never see it again.

Unlike many wealthy individuals who avoid the public, Mr. Cheese enjoys the spotlight and likes to pal around with other rich business owners.  “He’s a real character,” says legendary investor Warren Buffett, who has invited the mouse to join his regular contract bridge games with Microsoft founder Bill Gates.  “Everybody else is diving into the Chex Party-Mix, and he’s sitting there nibbling on a stinky piece of cheese.”

One thought on “As Crypto Crashes, Chuck E. Cheese Cleans Up the Crumbs”