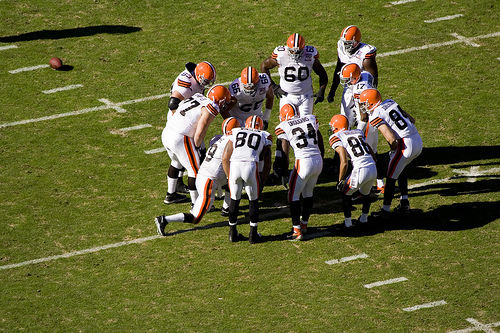 An Assistant Football Coach at the University of Connecticut recently caused a stir in the press. He told The Hartford Courant that “Jesus Christ should be in the center of our huddle.”

If you’ve ever seen the Uconn team play, you’ll know why they could use the help.

The president of the university rebuked the coach for the statement. But the problem isn’t with the public school appearing to endorse a particular religion. No, it’s academic — nobody can find Jesus’s transcripts, so they don’t know if his grades are good enough to allow him to play.

And you can bet his addition would be more divisive than helpful. Just picture the quarterback in the huddle saying, “No, no, we’re are NOT doing the Hail Mary pass again! They’re catching onto that.”

I’ll bet God doesn’t like competition. He probably wants us to stop trying to “win” and start helping each other, lest we end up like the Uconn football team.

2 thoughts on “Everyone Wants An Edge”