Skip to content
Recent Humor
Wisdom for Dummies
We’ll Be Happy When We’re Dead, Comrade
Be Like Jason…
Among the COVID Adult Content Models
If I ever grow up, I want to be just like Josh… 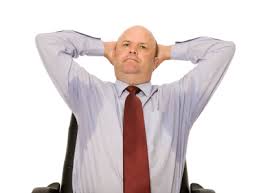 Google, the company that went from a noun to a verb in almost all languages, is out to revolutionize the world again.  This time, Google has developed an idea for combating a terrible foe that has horrified millions of people since the dawn of time: B.O.

No, that’s not a techie acronym. B.O. stands for the Body Odor.  “How?” or “Why?” you might ask is this Google’s problem?  Well, I am unsure of the “WHY?”  I can only speculate that in their free-spirit corporate world, they might have employees who don’t shower everyday be it an environmental issue or an “I just don’t believe in bathing” issue, and this new hygiene invention is the result. 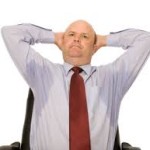 sends out a warning to specific individuals when their B.O. level reaches a dangerous level.  The subscriber to this service allows Google to send out a signal alerting said subscriber to the “icky stink” through a sensor that fits under his/her clothing.  When the subscriber receives the “odor alarm,” he or she hits a button on a device that sprays their offensive body with a fragrance that will appeal to the general population.  Although Google anticipates that this odor-sensing-eliminating product will gain momentum quickly, they also understand that many subscribers don’t want to smell like all the other B.O. customers around them because once a Google aroma catches on, everyone will know who is trying to cover up B.O.  To throw off people off the scent—literally, Google will provide a variety of sprays to trick the smelling public into not knowing who really smells and who just wears a lot of perfume or cologne.

Is this product in development? Who knows?  A patent has been filed so that’s the first step toward something.  Hey, you might laugh now, but Amazon is preparing to drop packages on doorsteps using drones pretty much like the legendary Stork drops babies, so if that flies, why not this?  I actually see a few beneficial products for this patent. It can be used for breath as well as B.O. or if you sneak in the house smelling of booze, cigarette smoke or someone else’s perfume or cologne and you don’t want anyone to know—well, you get the picture.  So, I say congrats Google! Some people might think this plan is ridiculous, but I think it has the sweet smell of success written all over it.