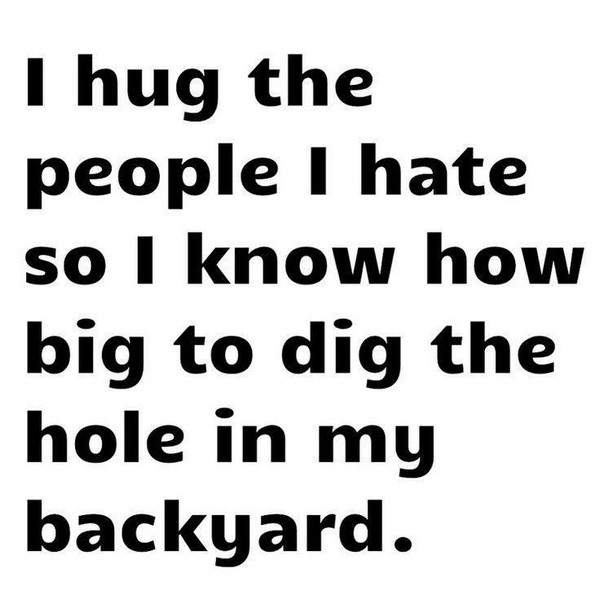 I’ve often wondered why hatred gets such bad press. There’s nothing wrong with hatred. There’s more comedic value to be had from hatred than there is from looking at pictures of Zooey Deschanel. One day, Zooey Deschanel will tell the world who and what she hates and then you’ll all be singing songs called The Ballad of Hate or I love to Hate or I Hate to Love or Hate Me For A Reason or Hate is A Four Letter Word And So is Harp, Send and Xyst. Nick Cave is one of the most succinct lyricists out there and out there he is. Nick Cave understands the value of hatred. I’m not saying he would take Zooey Deschanel in a fight but it is something I would watch on YouTube.

8 thoughts on “I hug the people I hate so I know how big to dig the hole in my backyard.”