Skip to content
Recent Humor
So does Wuhan…
Flock of “Super Early Bird” Specials Threatens Florida Meal Cycle
Q’Anon- A Visit To The Land Of Odds For Those Who Aren’t Afraid Of Lions And Tigers And Democrats, OH MY!
Ripping the Headlines Today, 5/2/21
Wisdom for Dummies 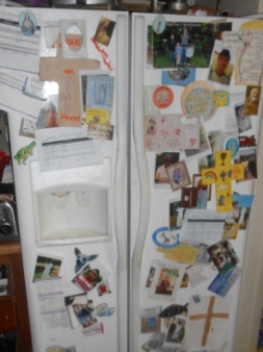 Was it a sign of the end of the world? Should we stocking up on mini-tacos? All I know for sure is that in my town of Poway, cultural an and capital of San Diego County, the ant population plunged last week. Specifically, they died in my refrigerator, in my freezer.

Why did they do that? Was it a long-postponed attempt to lay a guilt trip on me for that childhood ant farm where they all died? Honestly, I didn’t mean it. Perhaps I filled my farm with soldier ants from differing colonies. I’ll just have to live with the horrible uncertainty for the rest of my life.

Or was Norway stirring things up again? After all, this country brought us Viking raids and lutefisk, the worst-tasting, smelliest, glueist food the world has even seen. Perhaps Norway’s dysfunctional lemmings infected Poway’s ants with their morose attitudes? Before the days of cable TV, I doubt may Powegian ants ever heard of suicidal lemmings. Now, look what happens.

Mass extinctions of species by suicide. It might be the end of the world. Bummer. Or maybe, I’ve just invented a better ant trap.

Check out my latest novel, the Christmas thriller, Beneficial Murders. My books are available in paperpack or Kindle on amazon.com,

2 thoughts on “The Suicidal Ants of Poway, California”

Cartoon: Who Gets Thrown Under The Bus Next?