Have a question about a multi-colored piece of cheese in the fridge?  Stomach rumbling from a heaping helping of leftover tuna noodle casserole?  Before you head for the bathroom, ask Your Food Freshness Safety Advisor for help! Yesterday, I made a ham sandwich with two pieces of rye that I’d totally forgot about in the bread basket.  They had a little white and green mold on them which I scraped off before I ate it, I’m no dummy.

Shortly after I finished the sandwich and washed it down with a Ne-Hi Orange Soda, I entered a realm where time ceased to exist.  The draperies in the den were dancing like The Rockettes, sounds had colors that were visible to my eyes (with my reading glasses on), and I realized that my cat Fritzi is a reincarnation of the Egyptian sun god Ra.

When my husband Lyle got home I told him I thought that Fritzi was a divinity who ruled over our lives and he says “Like I didn’t know that before” and went into the den to watch his stupid North Dakota State Sioux 2008-09 hockey highlight tapes for like the forty-leventh time. I was wondering whether I might have ingested something I should not have, and if there are precautions I can take in the future to avoid such a hyper-lucid state. That mold on the rye bread may have been ergot fungi, which contain no lysergic acid diethylamide (LSD) but which are used to synthesize an analog of and precursor for synthesis of LSD.  I know that is complicated, but as long as you throw out any tie-dyed t-shirts you may have purchased on your “trip” and do not listen to Janis Joplin albums, you should remain flashback-free. 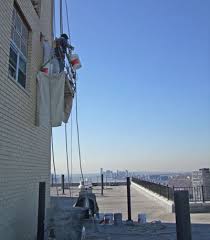 That’s a mouthful (no pun intended).

I have a question about bananas.  I have been dating this girl Murleen for two years, she is bugging me to get married but I want to wait until I have my Class 2 rigger’s license so I can support her in the style to which she’d like to become accustomed.

We always take turns with birth control, and it was her turn last weekend.  She comes over yesterday and says a home pregnancy test says she’s “expecting” and I said how could that happen, you took care of things, right?

Here is where the bananas come in.  She says yes of course I did, but did you refrigerate the Jell-O salad with the bananas in it?  I said yes, you can’t make a Jell-O salad unless you chill it and she says you dummy, that turns bananas toxic, you could’ve killed me!

Ms. FFSA, I’m wondering if you ever heard of this theory.  I asked Murleen and she said she thinks she read it in USA Today, and I don’t have time to go to the library and check back issues.

The belief that refrigerated bananas are poisonous has been discredited by a study funded by the federal government, which as you know rarely lies about food safety issues.  A so-called “double-blind” test in fact produced more deaths in the control group that ate unrefrigerated bananas, even though subjects in what turned out to be the “death pool” were carefully selected from heroin addicts in the alley behind the laboratory.  I suspect Murleen is pulling your leg, if not some other body part of yours. 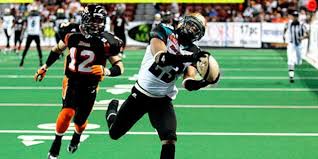 Settle a bet for me and my wife.  I say when the stalks of iceberg lettuce turn orange they are dangerous and you should throw them away.  She says it is a natural process, like a tadpole turning into a frog, and they are safe to eat–the lettuce leaves, not the tadpoles.

I raise this because last night at Shoney’s I sent back my “Classic Turkey BLT Club” because the lettuce had green and orange stripes like it was some kind of Arena Football League team’s jerseys.

We are long-time readers and have agreed to abide by your decision.

I salute you for the wise health decisions you are making by coming to the Food Freshness Safety Advisor before taking such a risky step as eating unsafe lettuce!

There is a simple mnemonic device you can use to tell when you should throw out old lettuce.  It goes “Leaves of green, your lips between, leaves of orange . . .”

Unfortunately, I can’t think of any words that rhyme with orange, so I don’t know how this little jingle ends.

Con Chapman is also the author of the newly released Scooter & Skipper Blow Things Up! You can read about Con on his author page at HOPress.

One thought on “Your Food Freshness Safety Advisor”