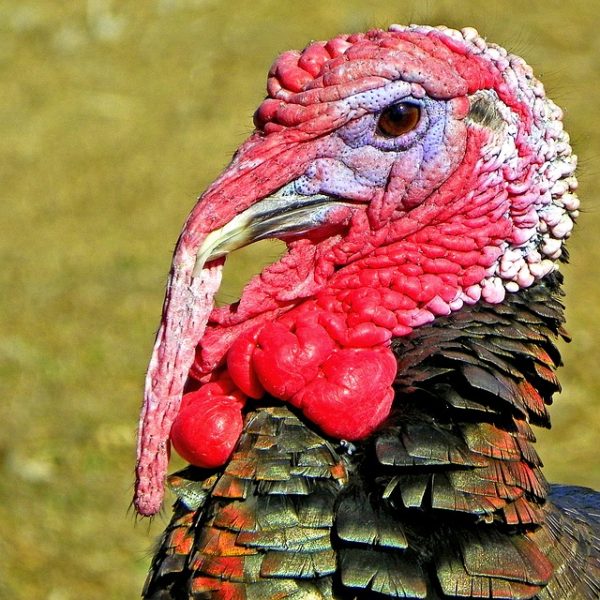 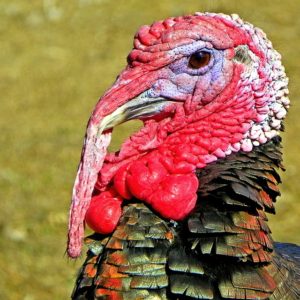 With Thanksgiving nearly upon us, it seem only fitting to share this particular piece of research about the sexual appetites of male turkeys:

In 1965, for some reason I have yet to discern, scientists at the University of Pennsylvania presented male turkeys with a lifelike model of a female turkey, and they (the turkeys, not the scientists) tried to mate with it as eagerly as they would with a real bird.

Curious about how little it would take to turn on a turkey, the scientists began removing parts from the faux bird, one by one, to see when the males would lose interest. Tail, feet and wings were detached from the phony female, but the male still sidled up to it, gobbled amorously and attempted to do the deed.

Finally, only a head on a stick remained—and the male turkey was still hot to trot. In fact, he preferred a head on a stick versus a body without a head—and we know this because the scientists tested that, too.

The researchers then investigated how barebones they could make the head itself before the male didn’t respond. They found that a freshly severed female head stuck on a stick worked best (kebabs, anyone?). Next in order of preference came a dried-out male head, followed by a two-year-old “discolored, withered and hard” female head. The last option was a plain balsa wood head—and even that got a rise out of the male. Guess he’s not a breast or leg man, huh?

Now I’m not saying we should extrapolate anything from this research with regard to human male behavior—the existence of blow-up dolls notwithstanding (or, for that matter, Philip Roth’s Portnoy character pleasuring himself with a piece of liver).

As for the turkeys, well, I never cease to be amazed at what scientists feel compelled to study. But as we focus this time of year on giving thanks, I suppose I should offer up gratitude for their pursuits since they provide a wealth of material for this blog.

And at Thanksgiving dinner, when it’s my turn to express what I’m grateful for, I can share this haiku:

I’m glad I’m not a
turkey, and Hubs doesn’t call
me his butterball.

To those who observe the holiday, happy Thanksgiving! Or, if you prefer, happy turkey day!

What about you? What do you think of the male turkey’s taste in sexual partners? Will you ever think of these birds in the same way again? What are you grateful for? Please share…