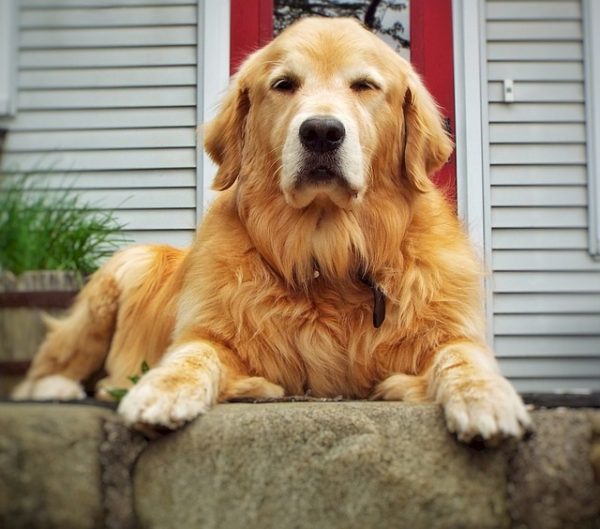 I have a confession to make. Well, okay, I already confessed in my article “Why I love Hallmark Movies.” That’s it, I love Hallmark movies. During this intense season….no not Indian Summer….an election year, I often turn to the Hallmark Channel to calm myself down or go back to that time when I was twelve years old and life was one big romance.

This is apparently a genetic trait. My daughter, who lives across the Pond, told me it’s an absolute ‘must’ to watch the new series on Hallmark, Chesapeake Shores.

She caught me at a good time. The Olympics were over, I was finished “Stranger Things,” I was traumatized, thank you very much, The Duffer Brothers. Hallmark was calling me.

The pilot episode of Chesapeake Shores was almost 2 hours long. Yum. I’m hooked. But before I could get to the next episode, I had a recap with my daughter. She was careful not to reveal any spoilers, but what she did tell me was to check out the main character’s dog.

The dog in the pilot plays a pretty big role. He’s not Lassie or anything, but he keeps the doe-eyed hardworking, out doorsy hunk of an old boyfriend company while the boyfriend laments his lost love and keeps secrets about what happened in Nashville. So Axel, the Golden Retriever, is a pretty important sounding board. Why he is even in the very first moment we are introduced to the protagonist.

So imagine my surprise when in Episode 2, Axel has a new look. Axel is now a

German Shepard. No name change, no “hey, this is my new dog,” nobody blinks an eye when they see Axel. Everyone just acts like this is the same great dog the guy takes with him everywhere he goes and they’re all happy to see the dog!

So I’m wondering, what does it take to lose your job from the pilot when you’re a dog? Was the Golden not cute enough? Was the Golden not taking direction, like a Diva Golden? The first Axel seemed adorable with those big brown eyes and that look of sympathy every time Trace needs a good listener. And how could a casting director think a German Shepherd would be a better retriever of sticks on the shores of the Chesapeake than well, a Golden Retriever? Did the Golden gain some weight while they were deciding whether to turn the pilot into a series, and his collar didn’t fit anymore? Is the Golden at home watching every Sunday night, eating Ben & Jerry’s with tears in his eyes wondering, “why, why another rejection from a picked up series?” And what flavor of Ben & Jerry’s does a Golden go to in a situation like this?

Of course, we all know the German Shepherd is like, “yeah, this was so my part!” And Axel is an acceptable name for a German Shepherd, I suppose. But I just can’t help thinking that rejection of a perfectly good dog in a series about the beach must be as heart-breaking for the canine as it would be for any other fine actor.

Is there no justice or mercy in television land, even for a dog?

I’m already emotional when I watch the Hallmark Channel. I tear up now every time Axel comes on the screen, just wondering if someone is throwing sticks and petting that Golden, telling him “don’t worry, there’s plenty of dog food commercials in the sea.”

For more of my humor go here

Cathy is the author of Showering with Nana: Confessions of a Serial Caregiver