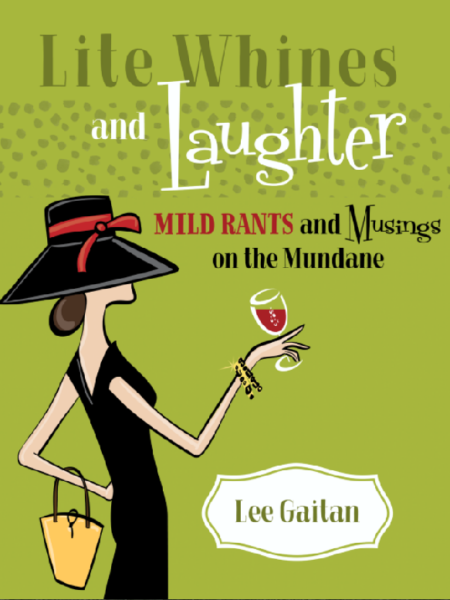 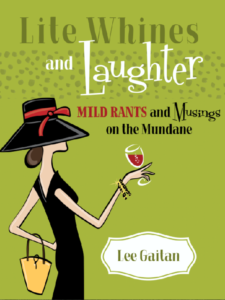 This podcast interview is with Lee Gaitan, the author of, “Lite Whines and Laughter Mild Rants and Musings on the Mundane.”

Lee Gaitan is an award-winning author of two books including the Amazon number one bestseller,“My Pineapples Went to Houston–Finding Humor in my Dashed Hopes, Broken Dreams and Plans Gone Outrageously Awry.”

Lee is a mother, teacher, writer and speaker, but above all, she is passionately committed to overcoming life’s obstacles. She has risen from rock-bottom moments or, as she refers to 2002, the “year of shock and awfulness.” That year her father died, her mother was in the hospital semi-comatose from grief, and her husband of 22 years lost all of their money before running off to Arizona with his girlfriend who just happened to be a former stripper.

She spent the next decade struggling with loss and challenges on every front, from finances and family to health and career. Lee has bounced back and it was well worth her effort. Happily re-married she now lives with her husband and dog in suburban Atlanta.

While preparing for and when interviewing Lee I was reminded of the late Robin Williams who would often dart from topic to topic while being interviewed. Every syllable was a que for a joke or the set up for a future punchline.

As we discuss during the podcast, sometimes the best comedic moments are brought forth by tragedy or just plain old hard times. In my opinion Lee is a classic study of someone who on the surface believes that laughter is the best medicine but the subtext of her work is the result of many bumps and bruises that have come her way. This gives her humor a genuineness that readers should relate to and connect with very easily.

For your convenience the interview is available below at the bottom of this post. Just hit play. The interview is also available on most of the major podcasting platforms including Apple Podcasts, iHeartRadio, Spotify and on your favorite Alexa device under the “Billy Dees Podcast.”

The episode is titled on these services as:

HumorOutcasts Interview with Lee Gaitan of “Lite Whines and Laughter”