Police say an increasing number of drivers looking to sneak illegally into car-pool lanes use mannequins, skeletons, blow-up sex dolls and various other beings made of wood, plastic or fabric to fool state troopers. 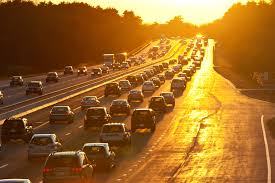 If there’s anything I hate worse than driving back from Cape Cod on a Monday morning, I can’t think of what it would be off the top of my head.

There’s the highway itself, a two-lane affair on which–surprise!–drivers are allowed to use the break-down lane during rush hour so you’re likely to die a swift, painful and premature death by Ford F-150 pickup if you happen to do the courteous thing and pull over to take a phone call. 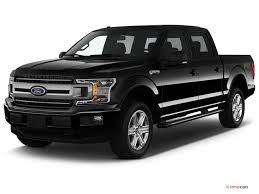 There’s my own typical condition on a Monday morning.  I beg my wife to let me come back Sunday night when the traffic is lighter, but she insists it isn’t safe to drive in the dark.  While I have documentary proof that my car has headlights (2006 Pontiac Torrent Owner’s Manual, page G-3), she remains skeptical.

I pledge not to drink after dinner, but after a beer and two or three glasses of wine that promise starts to seem too rigid a rule.  After all, I have eight or so hours of sleep during which I’ll burn off the deleterious effects of alcohol on my rapidly-diminishing motor skills.  Why not kick back, relax, and have another can of the one beer to have when you’re having more than one.  You only go around once in life–here’s to good friends, I say to myself.

Eventually I run out of beer commercial clichés, toddle off to bed, then wake up to find, when I look in the morning mirror, that my hairs, a la Hamlet’s, stand on end, like quills upon the fretful porcupine. 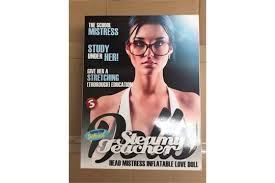 So as I head back up Route 3 to work, it’s a balm to my frazzled soul to be sitting next to my long-time inflatable love doll, Sloane.

Interesting name, you say.  WASPy but hip, the kind of High-Church/reversible name (wear it first or last!) that reeks of Old Money.  If you close your eyes you can just imagine the beachfront property her grandfather bought on the Cape or the Hamptons long ago that the current generation is squabbling over.  Yes she’s a bitch, but anytime I’ve had too much of her, I just pull her plug and deflate her, literally and figuratively.

“Get out of that man’s blind spot,” she says, and rather curtly I might add.  She apparently can hear my mother-in-law from the garage where she’s stored off-season.  Sloane, I mean–my wife won’t let me store my mother-in-law in the garage.

“He saw me,” I say–and try saying that five times fast. 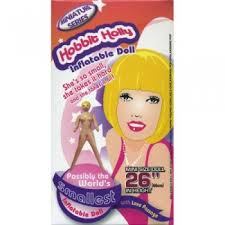 “Famous last words they’ll hear as they pull you out of ditch in Plymouth.”

It’s times like this I wonder why I didn’t get a simple, guileless, unassuming blonde bimbo love doll, like Hobbit Holly, one who wonders how I read all those books and re-watches The Bachelorette in slow-mo on her Tivo to make sure she didn’t miss anything important.  Sloane, on the other hand, is descended from an India rubber plant that was brought back from the Far East by one of the original Boston trading magnates.  She doesn’t have to read Henry James novels, she’s related to them. 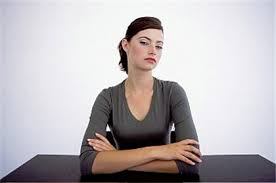 “Well if you didn’t come over on the Mayflower, how did you get here?”

We make good time–something about Sloane’s stony silence gives me the lead foot of a NASCAR driver on the backstretch at Talladega Superspeedway–and soon we’re at the entrance to the Southeast Expressway high-occupancy vehicle lane.  As usual, it’s nearly empty, the inducement of less traffic being no match for everyone’s hatred of car-pooling.  Why they don’t just charge to use it I don’t know–it’s easier to separate people from their money than it is to make them virtuous.

“Traffic’s not that bad.”

“I don’t want to spend a single second in this car with you that I don’t have to.”

O-kay, I think to myself, then drive between the moveable Jersey barriers that will switch from inbound to outbound at the end of the day.

We cruise in silence for awhile, then I see the flashing red light of a “statie,” a Massachusetts state trooper.  I pull over–not easy since whatever transit policy goober designed the HOV lane didn’t make it wide enough to park.

I roll down my window, hand my license and registration out where the gendarme can see them, and wait for the inevitable question so beloved by all vehicular scofflaws: “Do you know why I pulled you over?”

I play dumb, a game I’m good at from constant practice.  “No, why?” 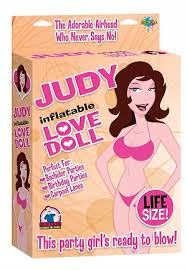 “Because you’re in the high-occupancy vehicle lane without the high occupancy.”

I feign incredulity.  “But officer,” I say, “Sloane here may not be my wife, but she’s the next best thing.”

“Your ‘side piece’ as the rappers say?”

Sloane turns a cold shoulder to the overweight point on the thin blue line, and I bristle in her defense.  “Is that any way to speak about a lady?”

“Look, pal.  We get this every day, guys like you tryin’ to beat the system.”

“Beat the system?  Why, whatever do you mean?” I ask, all wide-eyed Bambi-like innocence.

He looks me up and down.  “I figure you to be a regular reader of The Wall Street Journal.”

“The Daily Diary of the American Dream?”

“The ‘business casual’ dress on a Monday morning,” he says, making little finger quotes of scorn in the air.  “It’s just like it says in the Journal, we’re fighting a constant battle with guys trying to skirt the HOV lane rules, using mannequins, skeletons, blow-up sex dolls . . .”

He hardly has the words out of his mouth before Sloane is on him like a duck on a June bug. 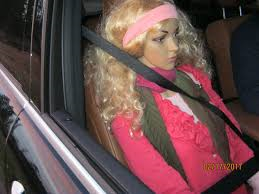 Blow-up sex doll on her way to Pilates class.

“For your information, officer,” she snaps, “I am not a blow-up sex doll!”

The cop bends down to get a better look at her.  “Oh yeah?  Then what are you?”

“I am an inflatable love doll,” Sloane hisses through her little mouth aperture.  “Not some cheap plastic sex object.”  She’s angry, but I detect a lump in her throat and the glistening of a tear in her eye.

“I’m sorry ma’am,” he says politely.  “The fine is assessed against the driver, not the illegal passenger.”

“Him?” she snorts.  “He doesn’t have two nickels to rub together, much less what it would take to bribe you.”

The cop straightens up and looks around.  Now that the prospect of illegal remuneration has been raised, he’s all ears, not just a bunch of appendages attached to a doughnut gut.

“Well, I suppose I could see my way to overlooking this little infraction,” he says unctuously.  “What exactly did you have in mind?”

Sloane opens up her coin purse–the one she inherited from her grandmother–takes out a five and a one dollar bill, and hands them out the window.  “Here–there’s a little something extra for your no doubt numerous children.”

The policeman looks at the paltry offering and, even with the high degree of professionalism that’s been inculcated into him since the first day of State Trooper Academy, can’t conceal his scorn.  “Six lousy bucks?” he snorts with contempt.

“You know what they say,” I say, shrugging my shoulders.