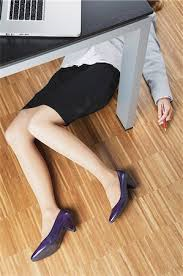 BOSTON.  It was a polite and uneventful business lunch that had progressed beyond cute stories about the diners’ kids to local politics, then business, as many such an affair unfolds, and the waiter had just placed sorbet and macaroons on the table when conversation turned to sports, the other inoffensive staple of professional chit-chat here. 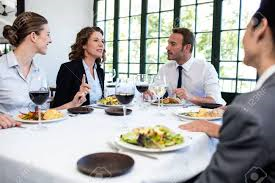 “I heard prosecutors are going to drop the charges against Kraft,” said Todd Gurling, a bank vice president, referring to the potential criminal exposure faced by New England Patriots owner Robert Kraft for solicitation of prostitution.

“For what?” Alison McKechnie, a junior analyst at a mutual fund asked.  “A pair of season tickets and a sixth-round draft pick?”

Her attempt at levity was met not with laughter but with the sound of six others inhaling sharply, then an awkward silence, before Gurling successfully changed the subject with a time-honored topical pivot in this region, a bland question about the Boston Red Sox. 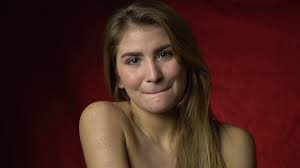 “Umm–could I have a mulligan on that one?”

The luncheon came to an uncomfortable end but back at the office, McKechnie was overcome by a severe case of the fantods and collapsed under her desk where she went undiscovered until the cleaner assigned to her floor saw her lifeless body and called building security.

“Thank God they found her in time,” says Regional Assistant First or Second Vice President Reginald Curat.  “Yes it was a horribly stupid thing to say, going after a local sacred cow like that, but still–nobody deserves to die with her head between a blue recycling bin and the wastebasket.”

Thanks to the proximity of many teaching hospitals to the downtown area, McKechnie was soon receiving world-class treatment at the hands of Dr. Fletcher Banyan, who has developed a surgical procedure that is producing dramatic results in cases such as that of the lowly underling who suffered a career-threatening infarction of the brain.  “We sever the synapse that connects the subconscious to the mouth,” he says, “and by that simple little cut we disable the human sense of humor.” 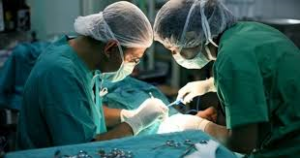 “We’ll leave her with the ability to make dumb blonde jokes.”

Sense of humor removal is currently available only to private-pay patients, as insurance companies have balked at reimbursements for what they consider to be “intellectual cosmetic surgery.”  “People don’t need a sense of humor the way they need legs and eyes,” says Morton Karonke of Modern Moosehead Insurance.  “My brother-in-law Ralph claims to have a sense of humor, and I really wish he didn’t.”

But McKechnie seems happy with her newly-enhanced self-control, so much so that she hopes to join colleagues for drinks after work Friday if her swollen head improves.  And what, this reporter asks her, does she plan to talk about?

“Colors,” she says, looking off into the middle distance.  “I like pretty colors.”