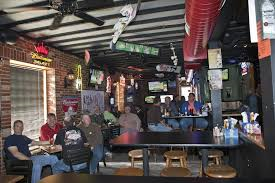 CLEVELAND.  It’s 7:30 p.m. in the Eastern Time Zone and the half-price bucket o’ chicken wings and Bud Light special has begun at The Mistake By the Lake, a sports bar on the Lake Erie waterfront here.  “You coulda ordered that five minutes ago, you know,” says owner Mike Everbeck to Larry Griswold, a regular.  “I’m saving up for college,” Griswold shoots back, drawing looks of consternation from others at the bar.  “I thought you didn’t have no kids,” a man two bar stools down says with a quizzical look.  “I don’t,” Griswold replies, “I wanna go myself and partake of the intellectual atmosphere and loose morals of college girls.”

“You don’t hate the Patriots?  What’s wrong with you?”

Griswold’s crack draws laughs from most patrons, but not an elderly man watching as the televised hoopla leading up to Super Bowl LIII enters its early stages on the television overhead.  “Those sons of bitches,” eighty-year old Ken Murgart mutters into his Old Milwaukee beer.

“Yeah, the Patriots suck,” Griswold says, but Murgart corrects him.

“I hope New England crushes those bastards,” the older man says as heads swivel to see who has uttered this unpopular opinion. 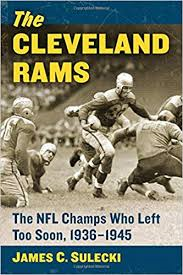 “Everybody hates the Patriots,” Everbeck says as he dries a shot glass.  “Whadda you got against the Rams?”

“You’d understand,” Murgart says over a lump in his throat, “if you’d been here in 1945, like I was.”  Murgart is referring to the Rams’ departure from Cleveland to Los Angeles when he was seven years old and riding high on the Rams’ victory over the Washington Redskins in the preceding year’s NFL championship game.  “I’d just given them my little heart,” Murgart says, wiping away a tear, “and they handed it back to me, crushed and broken.”

Murgart is one of a distinct minority of fans outside of New England who will be rooting for the Patriots in Sunday’s Super Bowl because they carry a grudge against the Rams who, due to a double reverse in 2016 when they returned to Los Angeles from St. Louis, are the most-traveled franchise in the history of professional football. 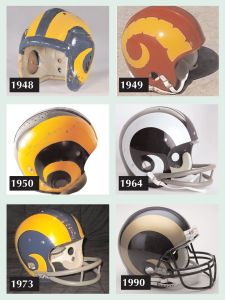 “Make up your mind, would you?”

“They’re bastards, pure and simple,” says Arthur Clem of Florissant, Missouri as he eats a slice of pizza at Tony’s on the Hill in St. Louis and watches several brain-damaged former football players discuss high-level strategy on a TV talk show.  “Now I got nothin’ to live for during the winter,” he notes between bites, “because all we got to watch is the Blues and I don’t understand the icing rule in hockey.” 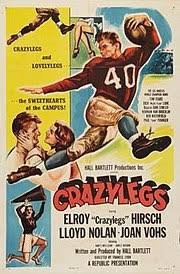 More curious are those in Los Angeles who followed the Rams during their first 48-year tenure there, and have refused to welcome them back in their latest incarnation.  “I’m sorry,” says Linda Eckersby, a fifty-something blond who had her Elroy “Crazylegs” Hirsch tattoo removed a quarter of a century ago when the team decamped for St. Louis.  “You don’t just walk out on me like that and come back twenty years later and expect me to be all like, ‘Oh, I’ve missed you so much!’”

One thought on “Though Numbers Are Fewer, Rams Haters Are Out There”