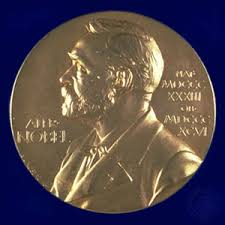 The Nobel Prize in Physics was awarded yesterday, and for the 49th consecutive year since I first took a course in the subject, I didn’t win.  Excuse me if sound a tad bitter this morning.

This year’s winners are James Peebles for “theoretical discoveries in physical cosmology” and Michael Mayor and Didier Queloz for “the discovery of an exoplanet (whatever that is) orbiting a solar-type star.”  I’ll continue as soon as you finish your yawn and close your mouth. 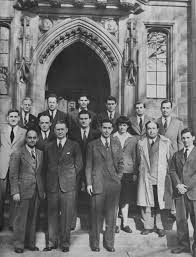 Physics Department:  “Has anybody seen my subatomic particle?”

I went to college at the University of Chicago, where physics is a big deal, kind of like football at Ohio State.  Twenty-eight winners of the Nobel Prize in Physics have been affiliated with the school.  You can’t swing a dead cat in a physics lab there without hitting a Nobel laureate.  I know, when I was a freshman we tried.  They finally made us stop.  It wasn’t fair to the cat. 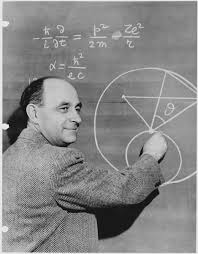 Enrico Fermi:  “I don’t play squash as much as I used to.”

Even though I had no intention of ever doing anything with atoms or molecules when I started college at the age of 17, I was compelled by the U of C’s “Core Curriculum” to take an introductory course in physics so that I would be a well-rounded intellectual when I came out four years later.  You know how embarrassing it can be when you’re at a cocktail party and some woman says “Don’t eat that potato chip–I dropped my anti-neutrino in the French onion dip.”  It is essential in such situations that one have at least an elementary knowledge of sub-atomic particles. 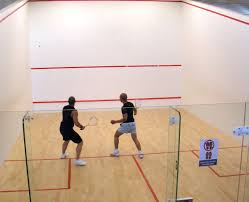 “What was that boom?”

Physics is everywhere at the U of C.  My first-year dorm room window looked out on the former site of the underground squash court where Enrico Fermi set off the first self-sustaining nuclear reaction, an event which set back my introduction to the game of squash for another decade.  There was no way I was going to expose myself to radiation just to learn a snooty game played predominantly by rich white men that dated back to British debtors’ prisons.  Racquetball was fine with me, thank you.

My early promise in physics was revealed by an experiment I performed in my first lab session.  Unlike chemistry labs, physics labs don’t smell bad, as long as you stay away from the graduate assistants.  Each student was given instructions for the experiment, which involved a little metal boat that scooted back and forth along a track made frictionless by a cushion of air underneath.  We were supposed to measure something or other which, we were told, would fall within a given range of expected results. 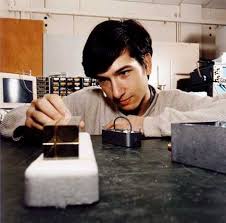 “Dude, you have so totally screwed this up!”

What, I asked the lab assistant, would happen if our results didn’t fall within that range?

“That,” he said dubiously, “would be a major upheaval in science.”

I went to work and, when I had completed the experiment and written up my conclusions, the earth-shattering results were staring me in the face, as plain as a pig on a sofa, as Flannery O’Connor used to say. 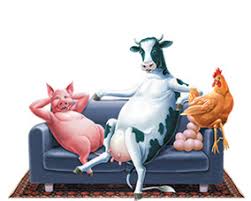 I went over to the lab assistant and showed him.  “Look!” I shouted with excitement.  “A major upheaval in science!”

“Hmph,” he sniffed as I handed him my lab book.  He looked over my calculations, and a sneer of condescension crept across his face.  “You’ve obviously done something wrong,” he said.

It was really sad to see someone so consumed with jealousy, but I could understand his reaction.  He’d probably spent the better part of a decade working in the field, and I come along and knock one out of the park my first time at bat.

And so it continued.  Every week a new lab assignment, every week a major upheaval in science–I was on fire!  If there were any justice in the world, I would have received a Nobel Prize in physics long ago.  Instead, I have to choke back my tears every fall when some nimrod or three nobody’s ever heard of wins for some cockamamie crap like “string theory.”  Puh-lease!

So next time you’re sitting in your favorite bar watching TV and the news announcer comes on and says that so-and-so has just won the Nobel Prize in physics, you can turn with an air of astuteness to your companions and say with confidence:  “What a joke–everybody knows those things are rigged.”

Available in Kindle format on amazon.com as part of the collection “Chicago: Not Just for Toddlin’ Anymore.”